Home » Celebrities » John Craven: Let me give you some sound advice – don’t suffer in silence

John Craven: Let me give you some sound advice – don’t suffer in silence 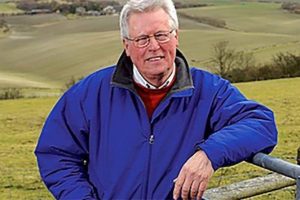 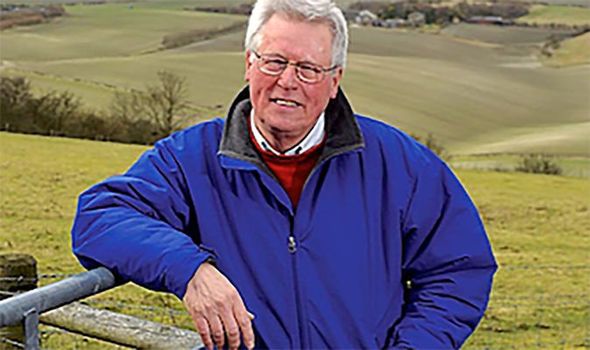 For years my wife joked that she felt she’d been married to me for twice as long as I had to her – because she always had to repeat everything. Maybe I just wasn’t paying enough attention to what she was saying, which, I gather, can be a common fault with partners!

But slowly it dawned on me that I simply couldn’t hear her clearly enough. “Say again”, was becoming a standard response to family, friends and colleagues.

While filming for television I found myself having to move closer to the people I was interviewing, and became increasingly worried about invading their personal space. Large social events, big meetings and drinks parties were a nightmare because I couldn’t make out individual voices amid the general hubbub.

Once, I was travelling in a rather loud vehicle with a well-known TV personality and one of my daughters. I was in the front and found it difficult to follow their conversation.

Afterwards my daughter said: “Dad, he invited you on to his show and you didn’t reply.”

I managed to sort out that unintentional rudeness, but such incidents were happening far too regularly.

Outdoors, familiar sounds of nature were becoming muted – would that eventually affect my work on programmes like Countryfile? I forced myself to face the fact that, like one in every six people in the UK, I was suffering from hearing loss. That is around 11 million, with two thirds of us over the age of 60.

There is nothing to be ashamed of. Any remaining stigma attached to hearing loss needs to be challenged and wearing a hearing aid should be as socially acceptable as wearing spectacles. I am thankful and happy to wear both.

I booked a free hearing test at Specsavers – and it changed my life. When I stepped into the sound-proof booth and put on headphones I heard strange, unconnected noises. They started off loud and I had to press a button when they faded away and I could no longer detect them. After a few painless minutes the verdict was in – my hearing was deteriorating and I needed help. As soon as the aids were fitted (a bit of manoeuvring at first but it soon became second nature) the difference was astounding. I was back in the world of full-blown sound.

I could hear the pages of newspapers turning, clocks ticking, phones ringing, doors closing – sounds I hadn’t noticed for ages.

When I stepped outdoors, nature welcomed me in a wonderfully clear chorus of bird song, rustling leaves, animal noises and the pitterpatter of raindrops. Any anxiety I’d had about my future on rural TV shows disappeared.

I could again hear the chatter of friends, the volume level on TV and radio no longer had to be painfully high for the rest of the family, and my wife didn’t have to say everything twice.

All that was some years ago, and though my hearing aids have changed my life there is a danger you can take them for granted. When I needed new domes (the bell-shaped pieces that fit into the ear canal) I bought them online. They were the wrong fitting and one got so firmly stuck that, embarrassingly, it had to be removed in A&E.

Regrettably I didn’t get my hearing checked as regularly as I should have. So recently, when my wife started to say things twice again and other sounds seemed a bit fuzzy, I realised it was time to book another appointment. The audiologist revealed that since my first test in 2008, my hearing levels had dropped by 20 percent.

“Don’t be alarmed though,” she said, reassuringly. “We can compensate for that.”

Anyone who has made the decision to wear hearing aids will tell you how wonderful it is to be given back the ability to listen, both to human voices and to the sounds of nature.

Before I got my “extra ears” I would never have heard the overhead screeching of red kites. I played a small part in reintroducing these stunning birds to the UK 30 years ago. Now they are thriving and recently started to breed in woods near my home. What a thrill it was to both hear and see one gliding above my garden.

From the buzzing of bumble bees to the soft words of young children, there are so many sounds that, if you don’t take action, can slowly slip away.

What I’ve learned is that there is no need to suffer in silence, or to feel isolated.

If you notice any changes in your hearing, or in that of someone close to you, there is nothing to lose by getting it checked – and potentially much to be regained. Take it from me – that is sound advice.

Hearing loss can happen to anyone at any age, Specsavers chief audiologist Gordon Harrison says: “On average it takes someone 10 years to get their hearing checked. Often this is because it happens gradually and they think there is no need, but also because many are still frightened of wearing hearing aids.

“In fact, our research shows that 56 percent of people think there is a stigma around hearing loss, but that shouldn’t be the case as it can happen to anyone at any age.

“If left untreated, hearing loss can become very isolating and frustrating and can lead to people not enjoying the things they love. Many may find themselves withdrawing from their normal lives, and it has even been linked to dementia, so it is important to seek help and advice as soon as you notice any changes.

“While hearing loss cannot be reversed there are lots of things we can do to help.”