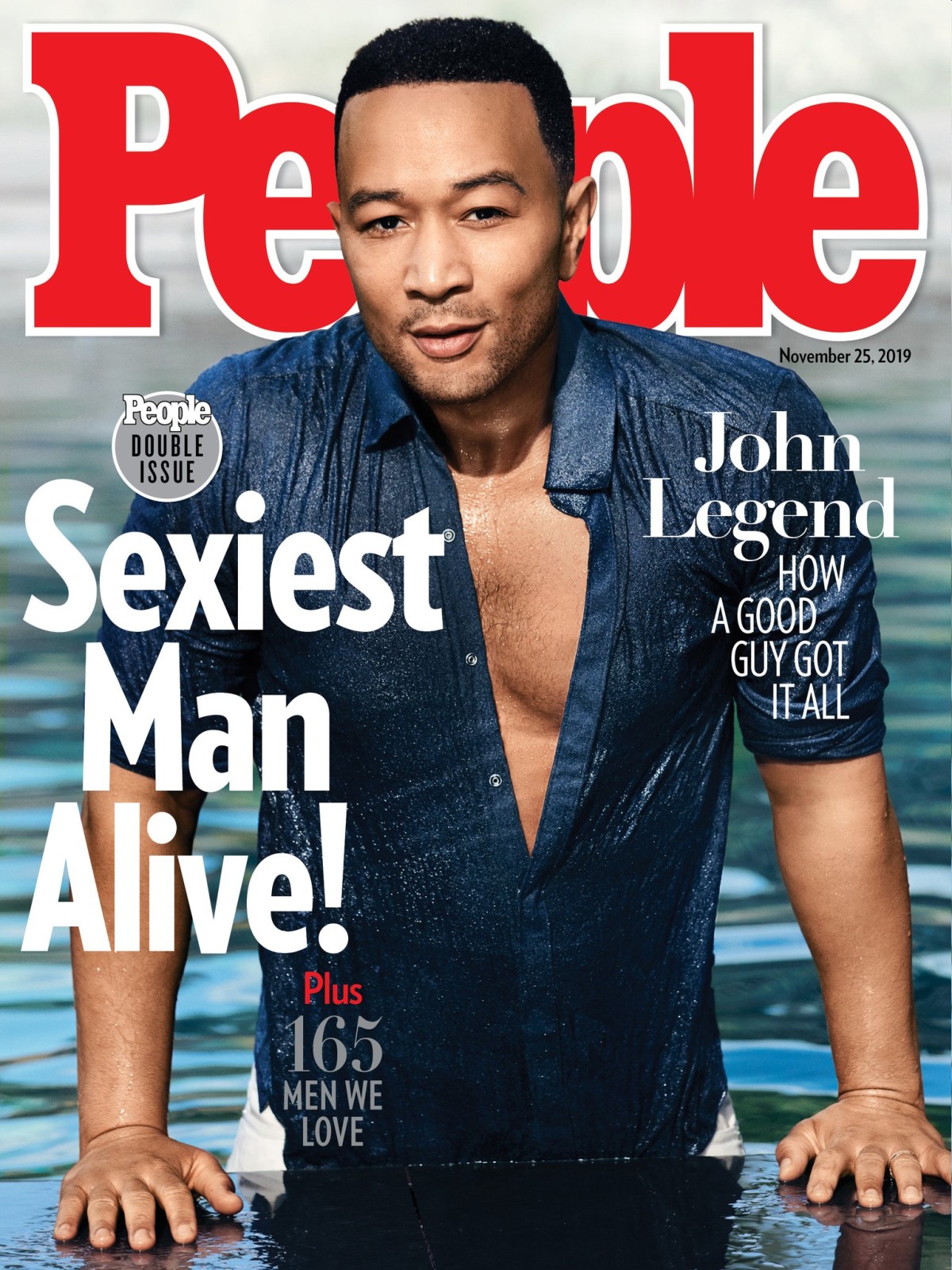 I spent zero time wondering who this year’s Sexiest Man Alive would be from People Magazine. Last year, we got Idris Elba, so I was expecting some vanilla, neutered choice this year. And we got… John Legend. Sort of vanilla, but I don’t hate it. I don’t find Legend sexy in the least, but he’s a nice guy and he seems like a sweetheart, and a lot of women find that sexy. So here he is, People Magazine’s 2019 Sexiest Man Alive.

Introducing … the EGOTSMA. John Legend — a man so talented he became one of only 15 stars to achieve EGOT status last year — is making history yet again: the 40-year-old singer has now been crowned PEOPLE’s Sexiest Man Alive.

After taking home his first Grammy in 2006 with his debut album Get Lifted, the star began a steady ascension to superstardom while using his voice for good. Unabashedly in love with his wife Chrissy Teigen and a doting father to their kids, 3½-year-old daughter Luna and 18-month-old son Miles, Legend has become one of Hollywood’s biggest stars while remaining as down-to-earth as ever. So it’s no surprise that the Voice coach, whose deluxe edition of A Legendary Christmas is available now, had a mix of emotions when he first heard about his latest title.

“I was excited, but I was a little scared at the same time because it’s a lot of pressure,” the entertainer tells PEOPLE in this week’s cover story. “Everyone’s going to be picking me apart to see if I’m sexy enough to hold this title. I’m [also] following Idris Elba, which is not fair and is not nice to me!”

And now with his gorgeous family and an endless list of accolades, the star is happier — and more confident — than ever.

“I’m so proud that I have a wife and two kids I’m so in love with and so connected to. I’m also so proud of my career,” he says. “I love writing songs and performing on stage. I get a lot of joy from it and give a lot of joy to other people. I’m pretty at ease with myself now!”

Yeah, the most important factor for SMAs in the current era is that they have to agree to an interview and they pretty much only agree to it if they have to promote something. John Legend’s Christmas album is out now, including that version of “Baby It’s Cold Outside” with the reworked lyrics. Anyway, congrats to John and may his year-long reign be sexy and benevolent.

John Legend is officially PEOPLE’s #SexiestManAlive — and his fellow coaches on @nbcthevoice couldn't help but rib him about it. ?❤️

Cover and IG courtesy of People.