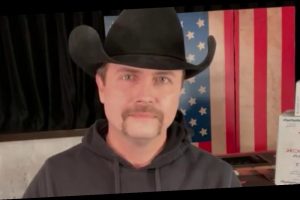 Singer John Rich said Thursday he’s heard from other country stars who have told him that conservative voices are being “muzzled” by the industry.

“The list of country artists calling me is growing by the day who are saying they’re being ‘muzzled’ by the industry when it comes to them expressing their frustration and anger about the targeting of conservatives, and suppression of free speech by the powers that be. #BlackBall,” the Big & Rich singer tweeted.

Rich’s disclosure came amid growing frustration with Twitter and other big tech companies over the removal of President Trump’s social media accounts, as well as those of some of his allies and others said to be linked to the conspiracy theory QAnon.

Rich and other prominent conservatives on social media have said they’ve lost thousands of followers in the purge.

“Lost 10k followers in 12 hours,” Rich tweeted last Friday. “It’s an honor to be attacked for professing my loyalty to God, Country and family. If big tech liked me, I’d take it as an insult. #OnwardChristianSoldiers.”

Rich, 47, a native of Texas, also pointed out the perceived irony that while the president’s account was suspended, that of Iran’s Ayatollah Khamenei was still on Twitter.

“Folks, you can’t follow the President anymore, but you can still follow the leader of Iran. The biggest supporter of international terrorism in the world. Let that sink in…” he wrote.

Twitter said it canceled Trump’s account following the Jan. 6 Capitol riot due to the “risk of further incitement of violence.”

Rich hosts “The Pursuit! with John Rich” on Fox Nation.