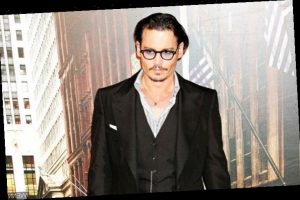 A High Court judge has ruled that the ‘Pirates of the Caribbean’ star had failed to comply fully with his obligation to disclose the drugs texts sent between himself and his assistant Nathan Holmes.

AceShowbiz –Johnny Depp breached an order in his libel case against Britain’s The Sun newspaper by failing to disclose texts that allegedly show him trying to obtain drugs, a U.K. High Court judge has ruled.

The “Pirates of the Caribbean” star is suing the tabloid’s publisher, News Group Newspapers (NGN), and its executive editor, Dan Wootton, over a 2018 article which referred to him as a “wife-beater” in relation to domestic violence allegations made by his ex-wife Amber Heard, which Depp has repeatedly denied.

Lawyers for NGN claimed at a pre-trial hearing on Thursday, June 25 that the 57-year-old had failed to disclose messages sent between himself and his assistant Nathan Holmes that appeared to show him seeking to obtain “happy pills” and “whitey stuff” in 2015, in line with an order to provide all documents from a separate libel case against Heard in the U.S.

According to The Guardian, on Monday, the presiding judge Mr Justice Nicol ruled Depp had “failed to comply fully with (his) obligation” to disclose documents – but declined to strike the case as NGN’s legal team requested. He will hear further submissions from the two legal teams on Monday.

The messages were sent in early 2015, shortly before an alleged physical altercation between Depp and Heard in Australia. Representing NGN, Adam Wolanksi said the texts demonstrated that the Donnie Brasco actor was trying to obtain drugs in Australia, which he argued are “profoundly damaging to his case.”

Depp’s lawyers had argued that the texts were not material to the case, and its determining of whether the star had been violent towards Heard, as he had been open in witness statements about past struggles with alcoholism and addiction.

Following a previous hearing in May, Nicol allowed statements from Depp’s exes Vanessa Paradis and Winona Ryder, who both say he was “never” violent to them, to be included as evidence.

The actor and musician will travel from his home in France to London to give evidence when the trial begins next month, should it go ahead, while Heard, who received $7 million (£5.6 million) when they settled their divorce in 2017, is already believed to be in the U.K.