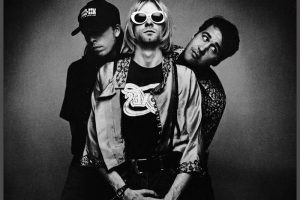 A judge in Los Angeles has dismissed a lawsuit filed by Spencer Elden, the naked child whose picture was used as the cover photo of Nirvana‘s iconic album Nevermind, claiming the album’s cover art was child pornography.

Elden also claimed the image on the cover was taken and used without his consent.

“In short, because it is undisputed that [Elden] did not file his complaint within ten years after he discovered a violation… the court concludes that his claim is untimely,” Olguin wrote in the eight-page ruling.

The judge continued, “Because plaintiff had an opportunity to address the deficiencies in his complaint regarding the statute of limitations, the court is persuaded that it would be futile to afford plaintiff a fourth opportunity to file an amended complaint.”

Elden is barred from re-filing the suit, though he can still submit an appeal.

Nevermind‘s cover featured Elden, then an infant, swimming underwater while undressed and shows him trying grasp a one dollar bill that is floating in front of him on a fishing line.

The picture was taken when Elden was four months old after his father’s friend, the photographer Kirk Weddle, paid $200 to photograph him in a pool.