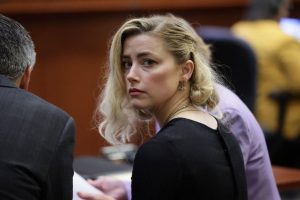 A Virginia judge has rejected Amber Heard’s attempt to throw out the $10 million judgment against her from the Johnny Depp defamation trial.

Heard’s legal team sought to dismiss the jury’s verdict and have a mistrial declared based on a series of legal challenges, most notably the revelation that one of the trial’s jurors served due to mistaken identity: Although a 77-year-old man was summoned to jury duty, his son — who had the same name and lived at the same address — responded and was ultimately selected to be a juror.

Heard’s legal team argued that the court could not prove that “Juror 15’s apparently improper service was an innocent mistake” and that he purposefully sought to serve on a high-profile trial, the Associated Press reports. However, the judge dismissed that claim, saying the juror was not “prejudiced.”

“The juror was vetted, sat for the entire jury, deliberated, and reached a verdict,” Judge Penney Azcarate wrote in rejecting Heard’s request Wednesday. “The only evidence before this Court is that this juror and all jurors followed their oaths, the Court’s instructions, and orders. This Court is bound by the competent decision of the jury.”

Azcarate added, “There is no evidence of fraud or wrongdoing.”

While Heard’s attempt to have a mistrial declared was denied by the judge, her lawyers can (and, as previously stated, will) appeal the jury’s verdict.