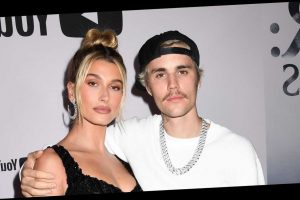 Looks like Justin and Hailey Bieber are parting ways with their first home. People reports that the couple sold the Beverly Hills 6,132-square-foot mansion on Thursday for $7.955 million. Totally understandable if you need a sec to process that massive number.

Million Dollar Listing Los Angeles stars Matt and Josh Altman of Douglas Elliman and Dalton Gomez of Compass (ahem, Ariana Grande’s fiancé) handled the sale, as per its listing on Zillow. Steven Schaefer and Jay Luchs of Schaefer and Luchs represented the buyer, who unfortunately did not appear to be a fan Biebs fan, surprisingly.

Schaefer told People that “Justin Bieber owning the home had no bearing on the buyer’s decision.” Although he added that Justin’s ownership won’t hurt for resale. (Uh, duh.)

Justin had purchased this five-bedroom, seven-bathroom home back in September 2018. He bought it for $8.5 million, which means he took a loss of $545,000 (and all his furniture) with Thursday’s sale. Woof. That being said, it seemed Justin was really eager to get rid of the home. In October 2019 (just 13 months after buying the property), Justin posted a few photos of it on Instagram with the captions “I think I wanna sell my home in Beverly Hills who wants it” and “I’ll sell it with all the furniture. MAKE AN OFFER.”

At the time, it wasn’t known if Justin had any other properties lined up. However, since trying to unload the property on social media, Justin and Hailey have upgraded to a home almost three times the price. In September 2020, they purchased a $26 million mansion also in Beverly Hills. They listed this home the following month.

Well, it looks like everything worked out! Justin got rid of his multi-million dollar mansion and the buyer got a lot of cool furniture and a bit of discount. Perhaps this will change his mind about the Biebs. *Never say never,* right?

You love all the deets on celeb real estate. So do we! Let’s overanalyze them together.