2018 has been a big year for Justin Bieber and Hailey Baldwin — equipped with an engagement and marriage months apart — and their hearts just got fuller with a new furry friend.

“Meet our dogson his name is #Oscar,” the “Baby” crooner, 24, captioned an Instagram picture of himself shirtless with the tiny pup sitting on his shoulder. His wife, for her part, showed off the new addition to their brood in a series of Stories.

“My Christmas baby,” she wrote alongside the first of many pics. “Oscar Bieber.” 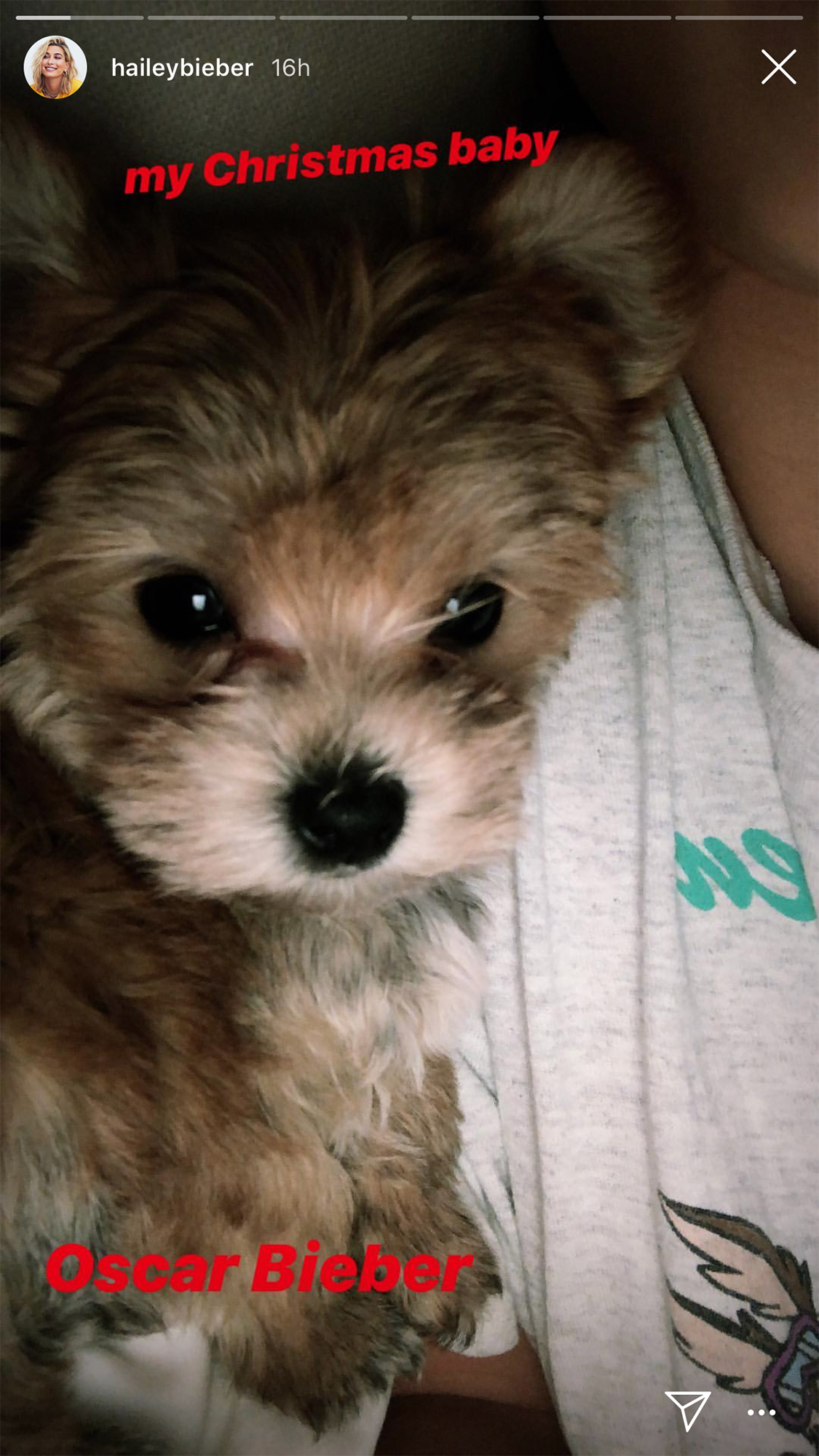 The Drop the Mic host, 22, later shared a video of her husband playing with the four-legged friend in an adorable clip followed by a sweet shot of the pooch sound asleep.

Bieber — who proposed to Baldwin during a trip to the Bahamas in July and tied the knot with the model in a New York City courthouse in September — also showed off multiple videos of the pair in bed with the pup.

In one clip, the couple can be seen cuddling with Oscar. The “Friends” singer also clarified that he was “frowning” because he was sick, referring to why he didn’t look as happy as his wife in the videos.

Bieber and Baldwin’s pet could be the start of their growing family together. “They’re very much in love. They get along so well,” a source exclusively told Us Weekly in November. “They want to start a family soon.”

Added an insider: “They want to start a family soon. She’s not pregnant right now, but it’s going to happen.”