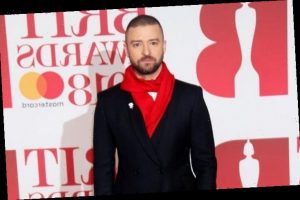 The ‘Cry Me a River’ hitmaker crashes a virtual meeting attended by a group of the Democratic campaign volunteers as they share their stories on Zoom on the Election Day.

The volunteers in Philadelphia squealed with joy as they realised the pop star had joined their virtual meeting, which he recorded and posted a segment from to his Instagram page.

“I just wanted to come on and tell you guys that you’ve got a huge fan in me,” gushed the “SexyBack” star in the clip, as he told the group, who have been campaigning in the battleground state of Pennsylvania, that “your city, your state is going to be huge in this election.”

The singer, 39, listened to the volunteers share their stories about how they got involved in the political movement and discussed his own reasons for voting for Biden. He also expressed his support for Vice Presidential nominee Kamala Harris, labelling her “the coolest human on earth.”

“I always was told when I was young that the hardest work that you do is the work that nobody gets to see,” he shared. “I think that really is apropos to what you guys are doing behind the scenes for the campaign.”

The pop star previously urged his 59.4 million Instagram followers to get out and vote, revealing President Donald Trump‘s Democratic opponent is his pick.

“If you’re voting for the first time, or you’re still not sure if you even wanna vote – because you think your voice won’t make an impact, or you don’t trust the process, or it all seems just like a headache… all I can say is, we really need you,” shared Justin, adding, “I will be voting for @joebiden and @kamalaharris. I’m voting early, and by mail this year.”

END_OF_DOCUMENT_TOKEN_TO_BE_REPLACED

END_OF_DOCUMENT_TOKEN_TO_BE_REPLACED
We and our partners use cookies on this site to improve our service, perform analytics, personalize advertising, measure advertising performance, and remember website preferences.Ok