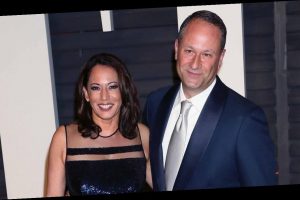 Vice President-elect Kamala Harris and her husband, Doug Emhoff, received their first doses of Moderna’s coronavirus vaccine on Tuesday, with the incoming vice president getting her shot on camera as part of efforts to build public trust in the inoculations.

Harris and Emhoff were administered the vaccine at United Medical Center in Washington, D.C., by Patricia Cummings, clinical nurse manager at the hospital.

“Let’s do it,” Harris told Cummings before she received her shot. “I’m ready.”

After getting the vaccine, the vice president-elect exclaimed “that was easy” and said it was “relatively painless” and quick.

Harris joins a growing number of elected officials and doctors who have received their coronavirus vaccines on camera to show Americans that the shots are safe and to persuade them to get their shots when it’s their turn.

President-elect Joe Biden and his wife, Jill Biden, received their first doses of the coronavirus vaccine on December 21. Mr. Biden, who received the Pfizer vaccine at ChristianaCare Hospital in Newark, Delaware, said “I’m ready” as he rolled up his sleeve to be vaccinated and promised “there’s nothing to worry about.”

Mr. Biden’s transition team said this month it’s setting up a staggered schedule for the president-elect and Harris to receive the vaccine based on the advice of medical officials.

The vaccines developed by Moderna and Pfizer received authorizations for emergency use from the Food and Drug Administration this month, marking the start of a new and more hopeful phase of the ongoing coronavirus pandemic that has claimed the lives of more than 335,000 in the U.S.

Vaccines are first being administered to health care workers and residents of long-term care facilities, and a Centers for Disease Control advisory panel recommended the next people to receive their shots should be those ages 75 and over and non–health care frontline essential workers, followed by people ages 65 to 74 and those with high-risk medical conditions.

END_OF_DOCUMENT_TOKEN_TO_BE_REPLACED

END_OF_DOCUMENT_TOKEN_TO_BE_REPLACED
We and our partners use cookies on this site to improve our service, perform analytics, personalize advertising, measure advertising performance, and remember website preferences.Ok