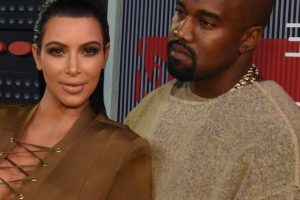 Seeing Kanye West lash out at Kim Kardashian is nothing new.

He did it while they were married. Of course he’s still doing it now that they are thoroughly over.

Kim comes up, in references both blatant and thinly veiled, on his infamous new album.

Donda is out. What is Kanye saying about the mother of his four children?

Critics are divided, with some calling it a “slog” to get through, while others praising it (but still saying that it’s overdone and too long).

For many, their overall opinions hinge upon whether they can stomach Kanye … or his choices in company, like DaBaby and Marilyn Manson.

Kanye’s music isn’t for everyone, and Donda is no exception.

But a lot of us are morbidly curious about what he has to say about Kim.

He mentions her by name in the lyrics of “Hurricane.”

“Heated by the rumors, read into it too much / Fiendin’ for some true love, ask Kim, ‘What do you love?'” Ye raps.

Kanye’s lyrics then refer to his ex with: “Always seem to do stuff, but this time it was too much.”

In “Hurricane,” the controversial rapper also makes references to a “new chick.”

“Here I go actin’ too rich, here I go with a new chick,” Kanye raps.

This time, he’s not naming any names, but just a couple of months before this was released, he was seen vacationing with supermodel Irina Shayk.

Kanye was busy when he wrote “Hurricane,” as even the house that he and Kim purchased togehter in 2014 came into the picture.

“Architectural Digest, but I needed home improvement,” Kanye quips, referring to the home being featured in the aforementioned magazine.

“Sixty-million-dollar home,” he raps, “never went home to it.”

In “Off the Grid,” Kanye also brings up real estate — and you can probably guess from the title what he’s talking about.

“Had to move away from people that’s miserable,” Ye says.

Continuing to seemingly refer to his move to and apparent obsession with rural Wyoming, Kanye continues:

“I pray that my family they never resent me / And she fell in love with me as soon she met me,” he raps.

Notably, Ye spent a lot of time away from the family home even before the divorce.

In “Come to Life,” Kanye gave his eldest a shout-out.

He raps: “Brought a gift to Northie, all she want was Nikes.”

North West is actually eight years old. She is growing up so quickly!

In “Lord I Need You,” Ye seemed to make a play on words between British English and engagement symbols.

“When you said give me a ring, you really meant a ring, huh?” his lyrics read. “Turned out to be more than just a fling, huh?”

Possibly referring to Kim, he raps: “You know you’ll always be my favorite prom queen.”

“But you came here to show that you still in love with me,” Kanye continues.

If that sounds affectionate, know that not everything is.

He alludes to contentious disagreements with Kim amidst their (still not finalized) divorce.

“Cussin’ at your baby mama,” Kanye quips. “Guess that’s why they call it custody.”

That makes for an interesting pun, but doesn’t sound healthy or productive.

Both Kim and Kanye are seeking joint custody of their children, but clearly there may be details to work out.

Also in that song, he refers to a breakup of some kind.

“Startin’ to feel like you ain’t been happy for me lately, darlin’ / ‘Member when you used to come around and serenade me, woah,” Kanye raps.

“But I guess it’s gone different in a different direction lately,” he continues. “Tryna do the right thing with the freedom that you gave me.”

“Better that I change my number so you can’t explain,” Kanye raps.

Notably, it has been widely reported that Kanye changed his phone number and did not give the ne wone to Kim.

That is an unhealthy practice when it means that he is reportedly using the kids to communicate with Kim. Don’t use them as intermediaries.

In “Jail,” Kanye raps: “Guess who’s getting ‘exed? / You made a choice that’s your bad, single life ain’t so bad.”

That also feels like a shot at Kim, though he does not name her specifically.

It’s nothing new for exes to sing about each other, but when it’s Kanye, it’s only part of the mess.