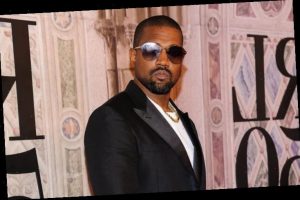 The ‘Gold Digger’ hitmaker announces his own Christian school and enlists his young daughter North and son Saint West along with their cousins Mason and Penelope Disick to promote it.

AceShowbiz –Kanye West appears to have launched his own Yeezy Christian Academy.

The hip-hop star, a born-again Christian, unveiled a video appearing to promote the institution, featuring daughter North and son Saint, his two elder children with wife Kim Kardashian, as well as their cousins, Kourtney Kardashian‘s kids Mason and Penelope Disick.

In the footage, shared on Twitter late on Wednesday (28Oct20), the youngsters are all dressed in matching blue T-shirts and pants, with the school’s initials, “YCA,” branded across the chest, as they gather in a classroom, and run around outdoors.

Kanye, who is also running for the U.S. presidency, captioned the video, “DEAR FUTURE, I STILL BELIEVE IN YOU… YEEZY CHRISTIAN ACADEMY”.

Few details about the school have been revealed, but in a press release obtained by the New York Post, officials describe it as Kanye’s “latest initiative for education,” vaguely adding, “The video demonstrates the responsibility citizens hold for the future of children in America.”

The rapper previously shared another post showing the kids engaging in art and music lessons on Monday.

“Some Monday morning joy at YEEZY CHRISTIAN ACADEMY,” he wrote beside the Twitter footage.

END_OF_DOCUMENT_TOKEN_TO_BE_REPLACED

END_OF_DOCUMENT_TOKEN_TO_BE_REPLACED
We and our partners use cookies on this site to improve our service, perform analytics, personalize advertising, measure advertising performance, and remember website preferences.Ok