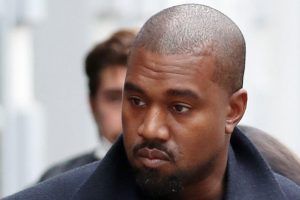 Corey Gamble has been the latest famous face to appear on Kanye West's social media, as the rapper called him "godless."

Corey is in a relationship with Kris Jenner, the mother of his estranged wife Kim Kardashian.

In a longwinded Instagram post, Kanye claimed he had to remove Corey from his daughter Chicago's birthday party last month.

Kanye shared a close-up photo of Corey alongside a scathing caption that read: "God has a plan to remove the Godless Corey needed to never be here anyway.

"And I think he’s a nice person Not a great person A nice person who used to be around Puff’s family then got around Justin Bieber and then when Kris got divorced he slid in He became the tv version of a father figure and as he always called hisself 'a REAL n***a' He once told my wife he knew what music she should be listening to So when I seen him a week later I had him removed from my daughters birthday party."

Kanye added: "We still never met his family And I guess we never will

He got my wife linked with the liberals in a deep way That was his Job For some reason I always felt he worked for DuPont or some organization in that pedigree.

"Now he’s off to his next mission His job is done He’s not messy enough to do something like this."

Kanye then praised Kris Jenner, writing: "It’s on purpose I love Kris This woman is a hero and she’s done what she’s had to do to protect her family and make sure they prosper even if it meant telling everyone not to listen to me I respect her grind her hustle and her mind Kris is one of the best to ever do it."

Kanye has hit headlines this week after sharing messages he and Kim exchanged, while also taking aim at Kim's new boyfriend Pete Davidson.

Kim begged Kanye to leave the comedian alone in a series of text messages.

However, Kanye wasn't quite done with calling out Pete as he took to his Instagram account on Thursday with a previous video of him mocking his mental health struggles on Saturday Night Live.

Pete, 28, is seen wearing a red "Make Kanye 2006 Again" cap in one image Kanye shared, which he entitled: "HI SKETE YOU GOT ANYMORE MENTAL HEALTH JOKES FOR ME?"

In the following post, Kanye wrote: "This boy thought he could get away with performing this sketch for the team that wrote this for him.

"This is not harassment. This is payback," the musician, who suffers from bipolar disorder, wrote.

Kanye shared a video on his phone in which Pete poked fun of Kanye from a 2018 skit.

Impersonating Kanye, Pete is heard saying: "This is the real me. I am off the meds, take 'em, no shame in the medicine game."

As the crowd laughed, he added: "Being mentally ill is not an excuse to act like a jacka**, okay."

Pete has previously been vocal about his own struggles with mental health as he suffers from borderline personality disorder. He was diagnosed at the age of 23.

For all your latest showbiz and lifestyle news, sign up to OK!'s daily newsletter