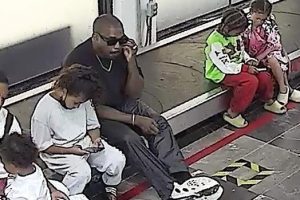 The Wests headed south of the border! Kanye West was one proud ‘papá’ while spending time with his kids – North, Saint, Chicago, and Psalm – in Mexico.

After spending some quality time together in Mexico, it was time for Kanye West to round up his niños and niñas to head back home. Kanye, 44, was spotted snuggling up close with daughter North West, 8., at a terminal on Wednesday (June 30.) North kept herself occupied while looking at a phone, as the soon-to-be ex-husband of Kim Kardashian also watched over the rest of their brood — sons Saint West, 5, and Psalm West, 2, and the youngest daughter, Chicago West, 3. Saint seemed busy with his own device, while apparently, a nanny helped with the other kids as they all waited to board the plane. 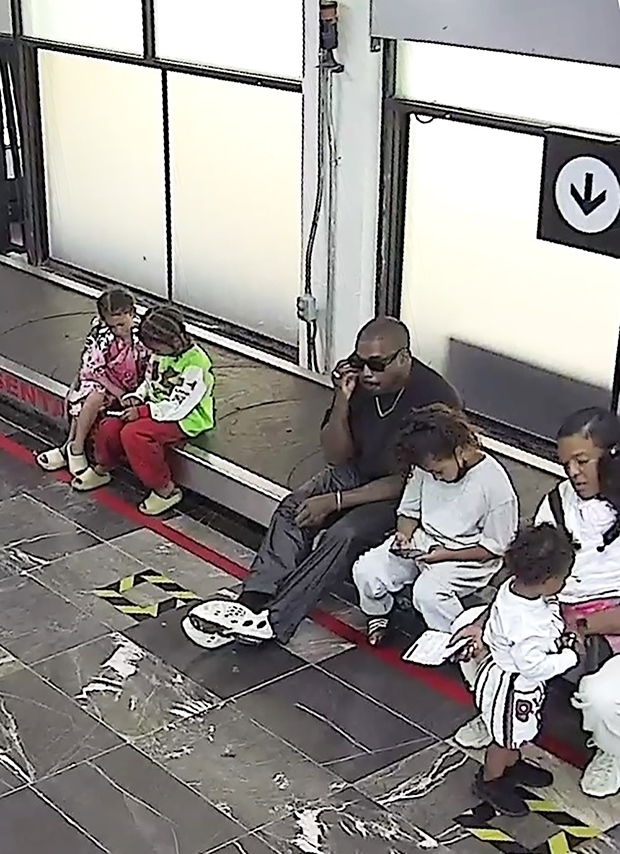 Ye, who recently struck up a romance with model Irina Shayk, 35, kept it casual with his usual breezy, Yeezy style, wearing a black t-shirt and pants. He was also photographed chatting to North before their return home. The West family arrived in Mexico on June 20 and headed to Kanye’s retreat on the Oaxaca coast. While Ye and the kids were living it up down in Mexico, Kim, 40, enjoyed the single-mother life with a luxurious trip to Rome. 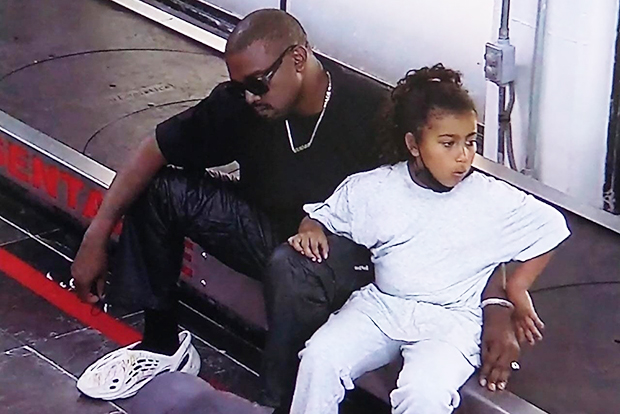 Kim arrived in the Italian capital on Sunday, June 27, for a little vaycay with BFF, Tracy Romulus. She also brought along her glam squad — longtime makeup artist Mario Dedivanovic and hairdresser Chris Appleton — who got her ready to take in the sights. Kim rocked a long-sleeved top with some deep cleavage, a high-waisted pair of navy blue shorts, and some flip-flops for her first tour around the city. It was, generally, a simple outfit, but one that Kim made look gorge. In her Instagram story, she shared a shot of her wearing a pair of daisy dukes and a white bodysuit. Costume change!

For her trip on Tuesday (June 29), Trip walked the cobblestoned streets of Rome in a PVC leopard-print dress, one she outfitted with strappy heels. Her hair was put up, which accentuated her profile – and made for some amazing pictures in front of the Trevi Fountain. However, not all of Kim’s outfits have been a hit. While taking a trip to the Vatican with model Kate Moss and her daughter Lila Grace, 18, Kim wore a sheer, white lace cutout dress. The Vatican has a strict dress code – what with it being the capital of Catholicism – and Kim’s outfit wasn’t kosher. She reportedly carried a trench coat to cover up in case the objections got too loud.