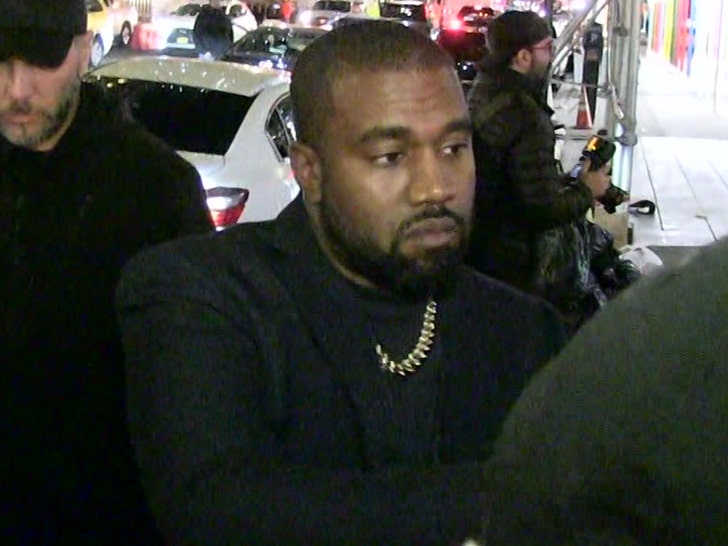 Kanye West wants to honor the victims who died at Astroworld — and he’s using his religious vehicle of Sunday Service to do just that.

The rapper’s latest spiritual music gathering is going on right now — and before things officially got underway at around 1 PM PT … there was a message posted on behalf of Kanye and co., reading, “Sunday Service dedication to the loved ones of Astroworld.

Obviously, Ye is referring to the 8 people who died while Travis Scott was performing Friday night … not to mention the countless others who suffered injuries to varying degrees.

So far, it seems this Service has a much more somber tone than last week’s — when he brought out Marilyn Manson, Justin Bieber and others in what appeared to be broad daylight, where everyone was wearing white hoods as they engaged in worship and singing. 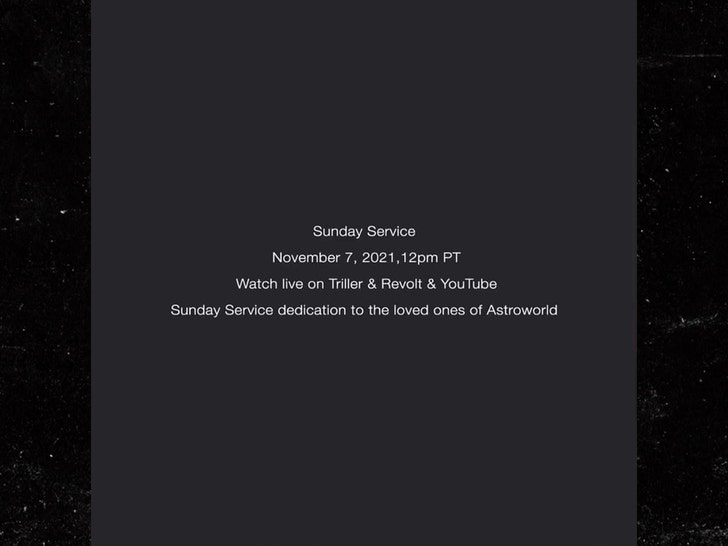 This time … Kanye’s got his choir and other accompanying singers dressed in all black, and they’re performing in what seems to be a huge dark building, with just a sliver of light breaking through. The main choir ran through a few hymns, including some songs from “Donda” — and now, it looks like Kanye’s got a choir out there who are singing too.

No sign of Ye himself just yet … and nobody has shared any explicit words of condolences at this point … the show got underway, and it’s been nothing but music ever since. 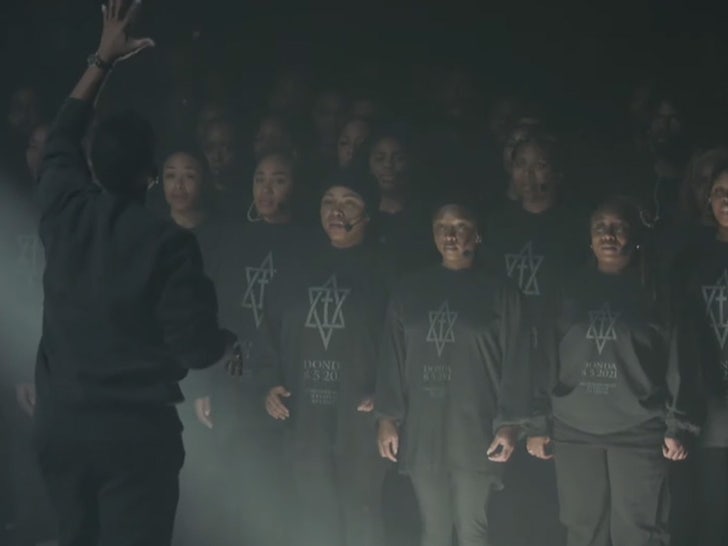 Ya gotta imagine Kanye might make an appearance at some point, and even say something to address the Astroworld tragedy … as Travis is essentially his brother-in-law, and we know they’re tight.

We’ll be keeping an eye on things. Stay tuned …