Kate Middleton and Prince William Have Expanded Their Family 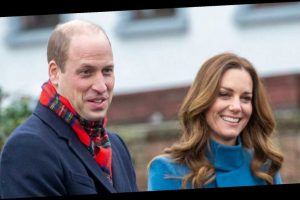 The Cambridge family just got bigger. According to People, Kate Middleton and Prince William adopted a black cocker spaniel puppy from the duchess's younger brother, James.

The new dog, whose name has yet to be disclosed, is 8-months-old and was welcomed into the monarchy ahead of the death of the couple's beloved pup Lupo in November. "The new puppy is adorable and the whole family are besotted," a friend told The Mail on Sunday. "They were devastated when Lupo passed away. It was hoped that a younger dog would give Lupo some company and give him a little more life and energy."

It's believed that Kate and Will's latest addition was born in May, after James announced that his dog Luna (Lupo's sister) welcomed six puppies. On Instagram, he revealed that they all had "lovely homes waiting for them."

Last year, the Duke and Duchess of Cambridge shared the devastating news that their dog Lupo passed away at age 9. "Very sadly last weekend our dear dog, Lupo, passed away. He has been at the heart of our family for the past nine years and we will miss him so much. – W & C."

Lupo became part of the royal family back in 2011, before the birth of the couple's first child, Prince George.