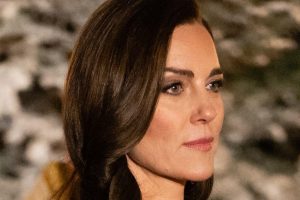 Kate Middleton is celebrating her 41st birthday just one day before the Duke of Sussex’s controversial memoir hits shelves.

Kate, whose birthday is 9 January, will likely mark the day in a private family way amid a period of fracture and turmoil for the royal family.

A flood of inflammatory claims have emerged from Prince Harry’s tell-all autobiography Spare, which was leaked and also put on sale early in Spain ahead of its official release on Tuesday.

But it is not the first time Kate’s birthday has fallen in the shadow of bombshell revelations from the Sussex camp.

Harry and Meghan Markle made the shocking announcement that they would be stepping back as senior members of the royal family on 8 January 2020.

Kate, who was born in 1982, grew up in Bucklebury, Berkshire, and went to the private boarding school Marlborough College.

She met William in 2001 while studying art history at the University of St Andrews in Scotland.

The couple, who briefly split in 2004, married in April 2011 at Westminster Abbey and have since had three children – Prince George, Princess Charlotte and Prince Louis.

This year, Kate’s birthday comes after intimate details about Harry’s life and family, including claims about his sister-in-law, have emerged from his new memoir.

Kensington Palace and Buckingham Palace have declined to comment, but the book is being seen as damaging Harry’s fragile relationship with his brother – a future king – beyond repair.

In one shocking section, Harry claims William and Kate encouraged him to wear the Nazi uniform to a fancy dress party in 2005 and “both howled” at the idea.

He also writes that Meghan upset Kate by saying she must have “baby brain” in the run-up to the Duke and Duchess of Sussex’s 2018 wedding; Kate demanded an apology, and William pointed a finger at Meghan and called her “rude”.

The Duke of Sussex writes about the infamous fight between Meghan and Kate during a bridesmaids’ dress fitting for Princess Charlotte, claiming he found his wife “on the floor” in tears after the fallout.

Also, in the book, the duke says that Kate reluctantly lent Meghan her lip gloss, was “taken aback” by the request to borrow it and “grimaced” when Meghan squeezed some onto her finger and applied it to her lips.