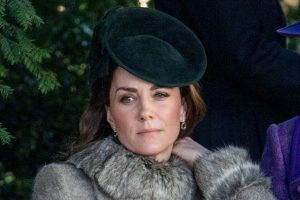 The Duchess of Cambridge will turn 40 on January 9 2022, but rather than a lavish party, it looks likely that her birthday celebrations are being toned down, much like her Christmas, due to fears of Covid-19.

Rather than have a large party, it’s expected that Kate will have a smaller gathering, with family and close friends attending.

Kate and husband William, had a scaled down version of the usual royal Christmas as the Queen had to cancel her plans for a gathering at Sandringham.

A smaller Christmas lunch was held at Windsor Castle attending by the Queen along with Prince Charles and Camilla, and Kate’s family joined the Cambridges at Anmer Hall, their country house on the Sandringham estate.

A source told The Mail: “There are likely to be low-key celebrations for the Duchess.

“She didn’t want anything flashy anyway – that’s not exactly her thing – but particularly given the current climate anything is likely to be scaled down.”

Kensington Palace are set to mark the occasion by releasing a new photograph of the Duchess.

Kate splits her time between Anmer Hall in Norfolk and Kensington Palace in Central London, but she has always longed for a rural life similar to her childhood growing up in Berkshire.

Writing in the Sun on Sunday, royal correspondent Emily Andrews explains that a family friend of Kate’s once told her: “All Catherine ever wanted was a house in the countryside, loads of kids, dogs and an AGA. She wasn’t interested in having a big job or becoming famous.

“Family life is incredibly important to her, and motherhood has been the making of her.

“Now that she feels she’s achieved that, there’s time to turn to her public role and what she wants to achieve there.”

Prince William recently revealed the worst present her ever bought his wife. During a chat with Peter Crouch on his BBC Radio Five Live podcast about presents they’d bought their wives, William said: "I did get my wife a pair of binoculars once – she's never let me forget that.

"That was early on in the courtship that was – think that sealed the deal.

"It didn't go well. Honestly, I have no idea why I bought her a pair of binoculars, it seemed like a good idea at the time."

Peter Crouch then confessed that he gave his wife Abbey Clancy a raincoat for her birthday, three years running.

For all the latest celebrity updates, sign up to OK!'s daily newsletter.