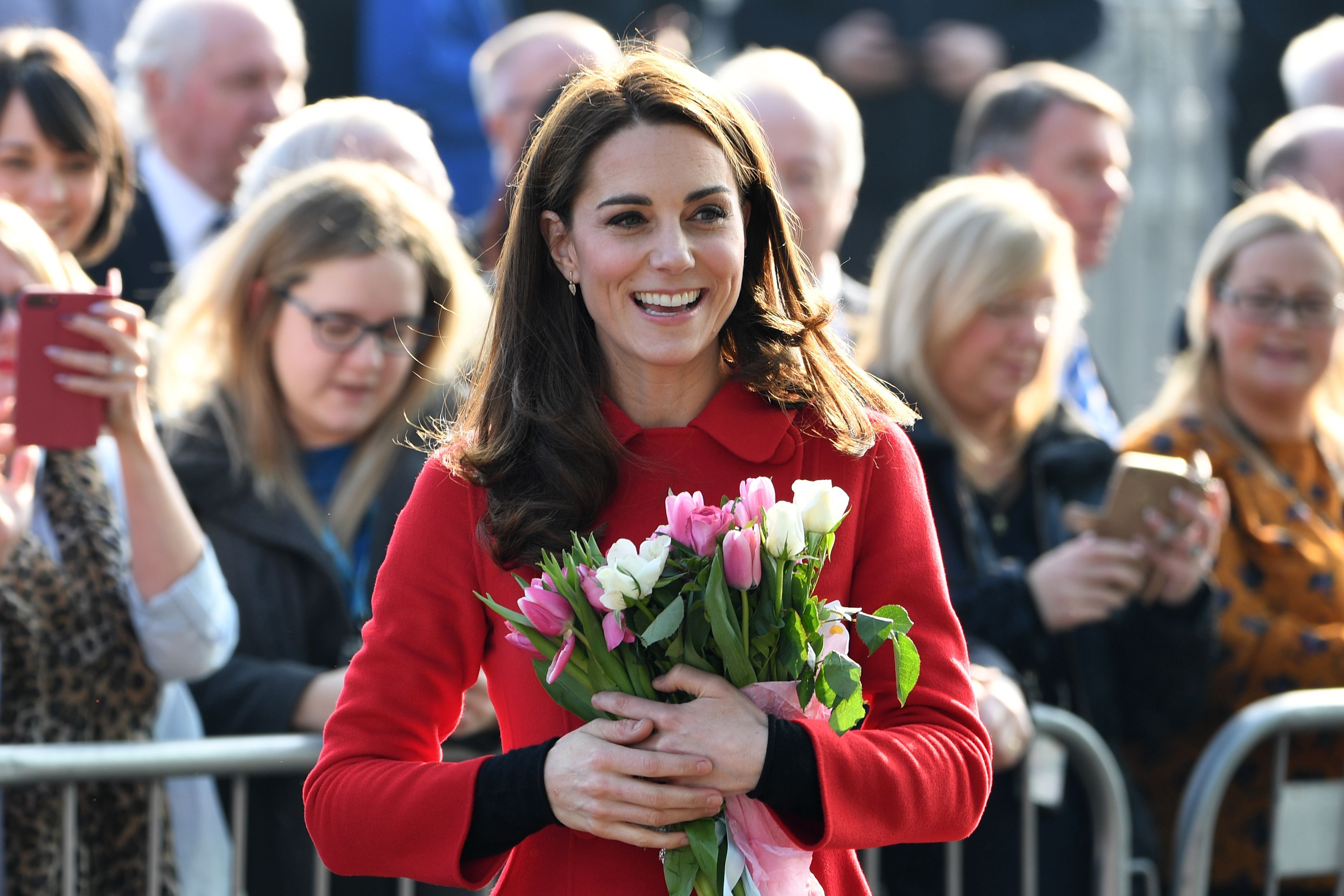 Kate Middleton and Prince William have secretly jetted off to Northern Ireland for a two-day trip that will “celebrate the young people” in the region, Kensington Palace announced in a press release.

The royal couple is starting the tour with a stop in Belfast with an engagement Windsor Park stadium, where they’ll learn about the International Football Association’s outreach programs benefitting the local communities’ physical and mental wellbeing. The project hits close to home for the Duke of Cambridge, who is president-delegate of England’s Football Association. 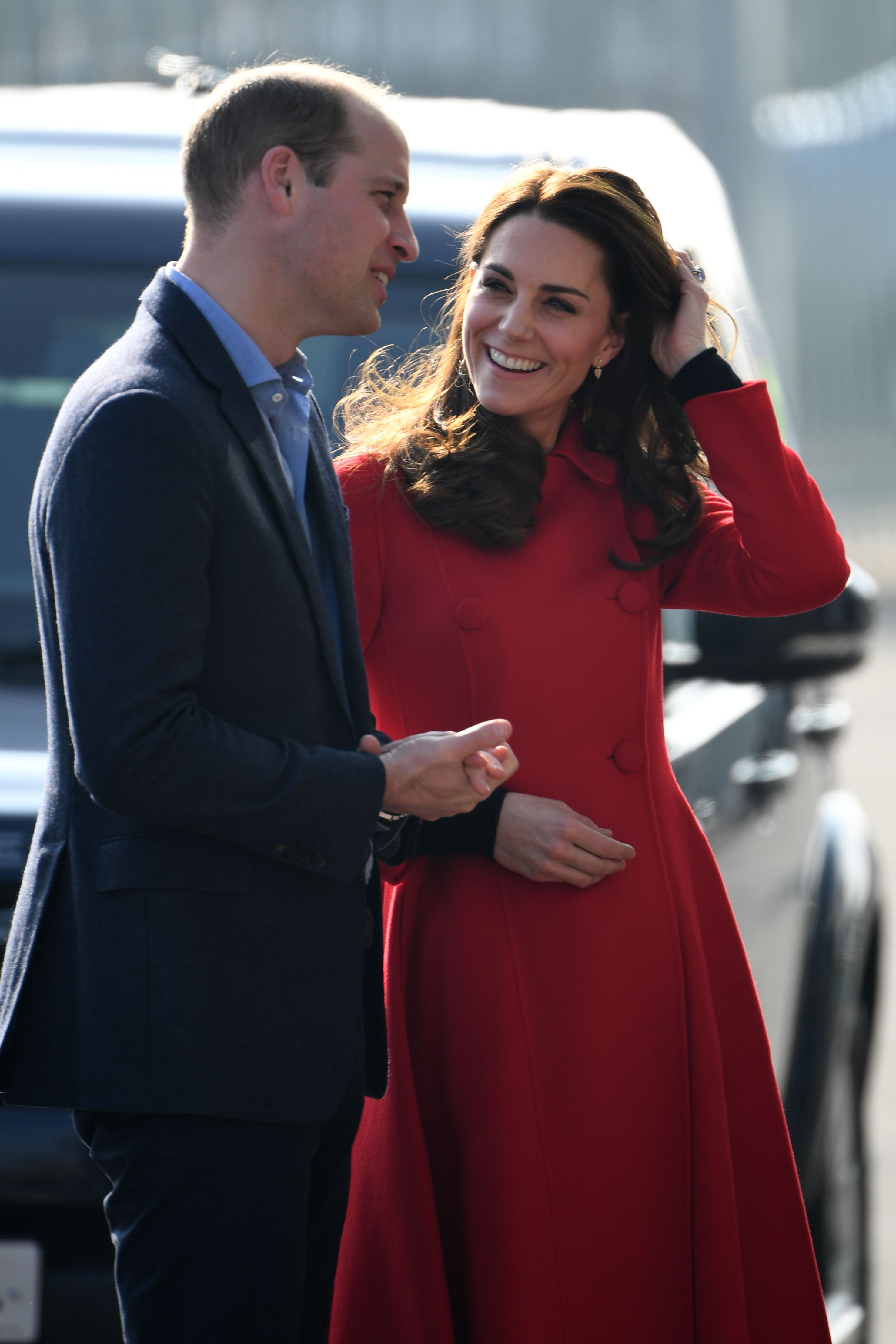 Despite the surprise nature of the trip, the Duchess of Cambridge looks classy as always, opting for a bold red coat by Carolina Herrera for first day of tour. She layered the bright piece of outerwear over a black sweater, leggings, and a pair of lace-up ankle boots, which appear to be her pair from L.K.Bennett. (They’re also now on sale.) 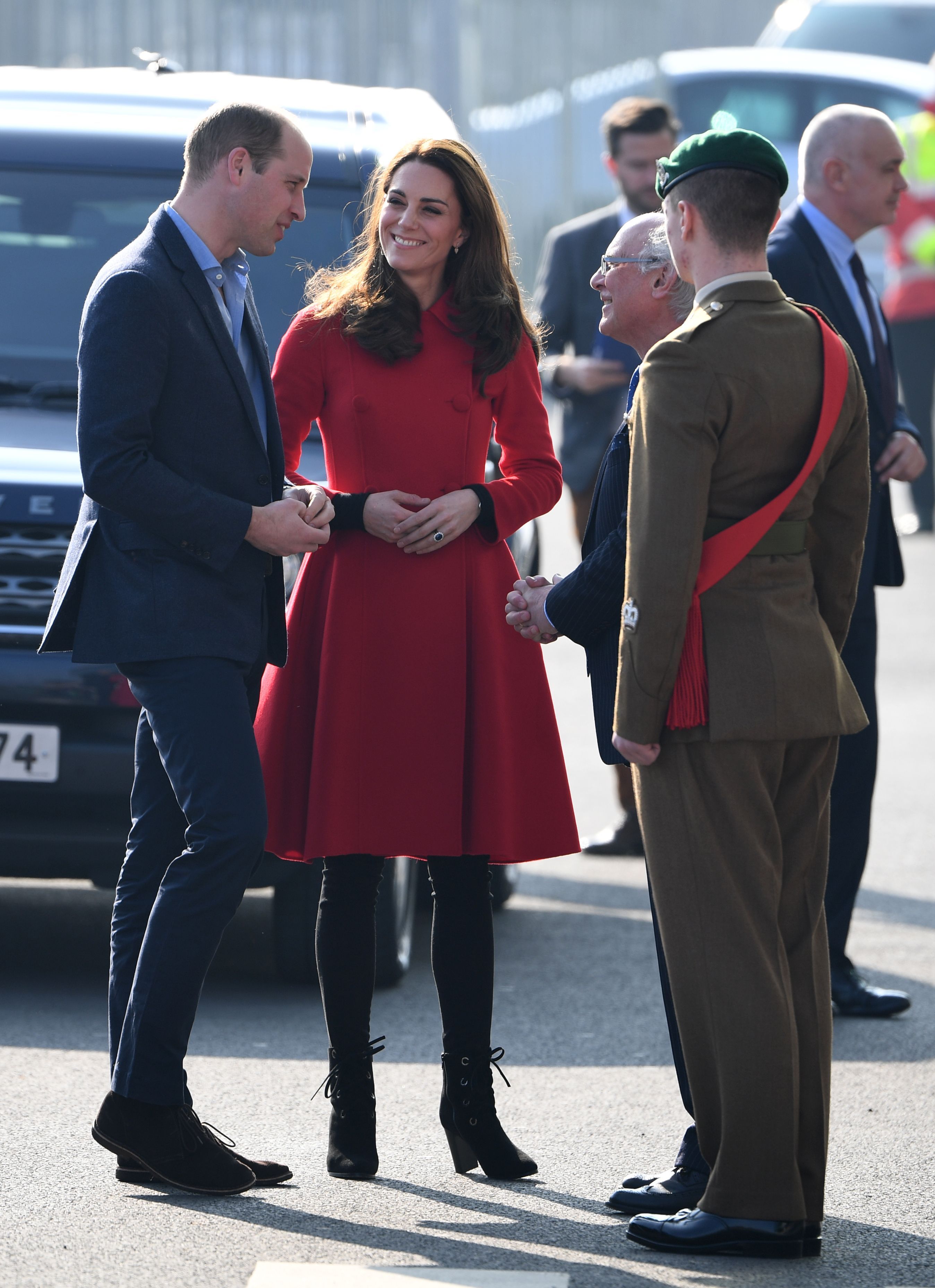 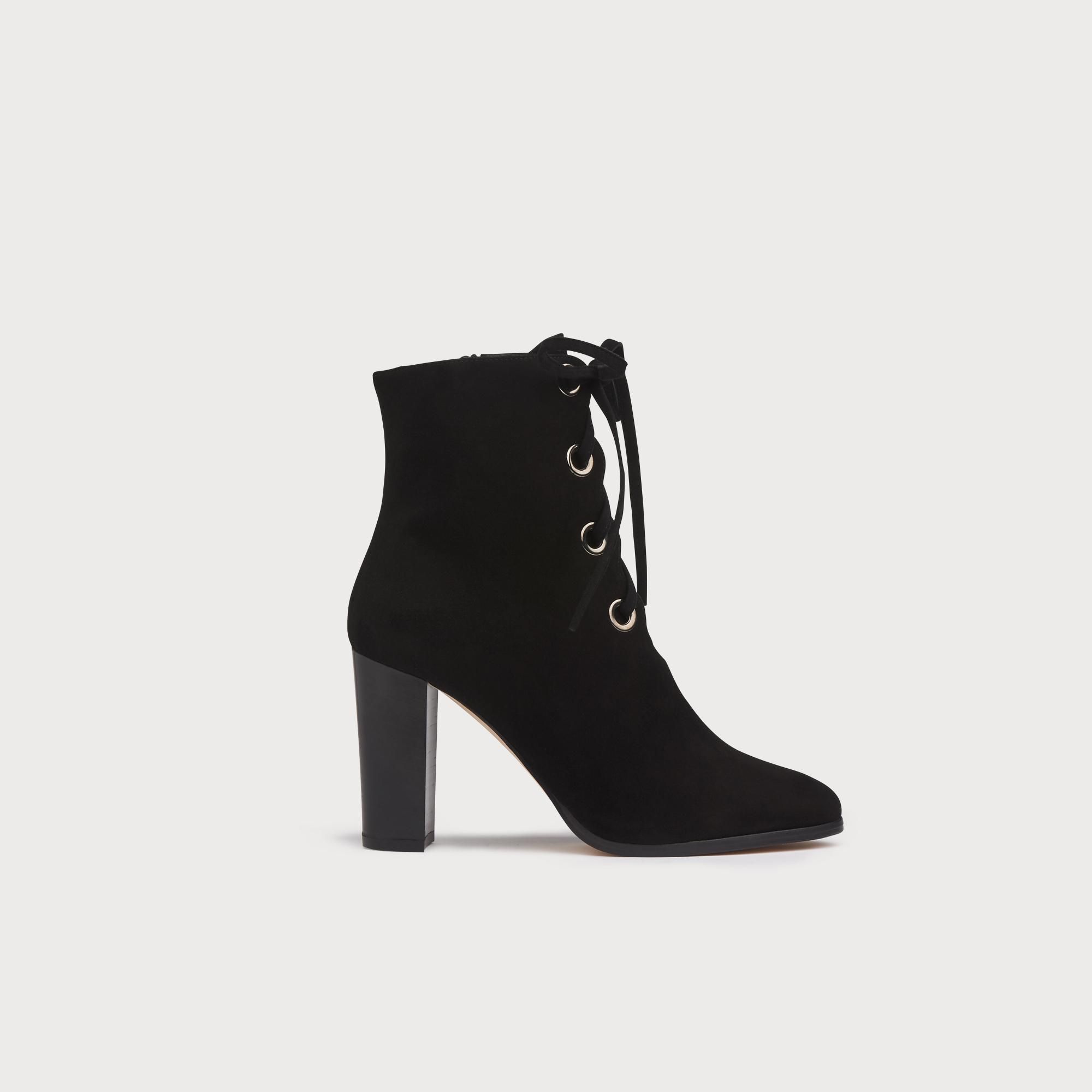 Prince William, on the other hand, was seen wearing a navy suit, blue shirt, and dark boots. After being greeted upon their arrival, the duchess said hello to a few well-wishers gathered on-site. She even received a lovely bouquet of pink and white flowers. 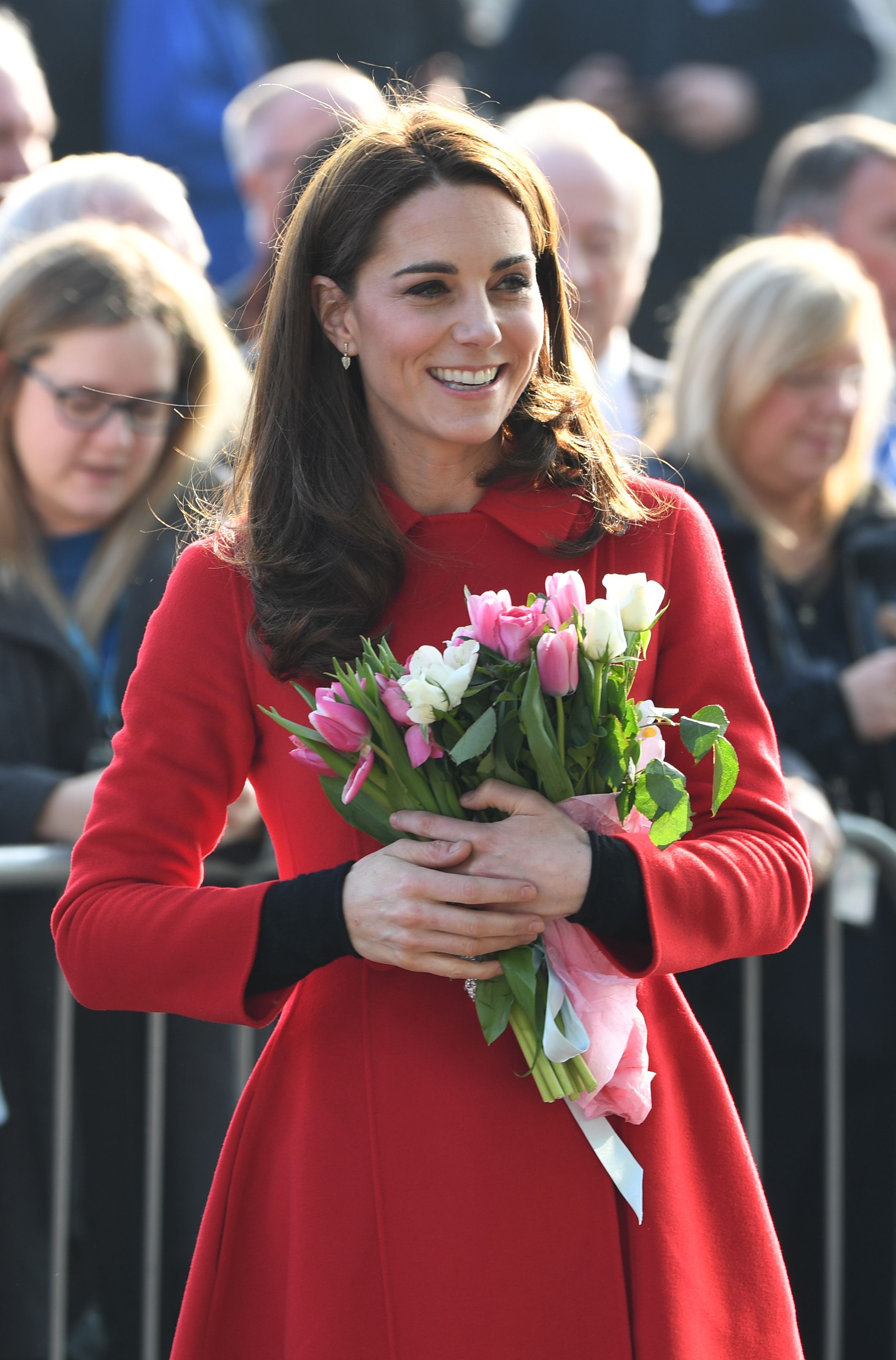 The royal isn’t above re-wearing outfits; she previously donned the Herrera number during her and William’s royal tour of Canada in 2016. 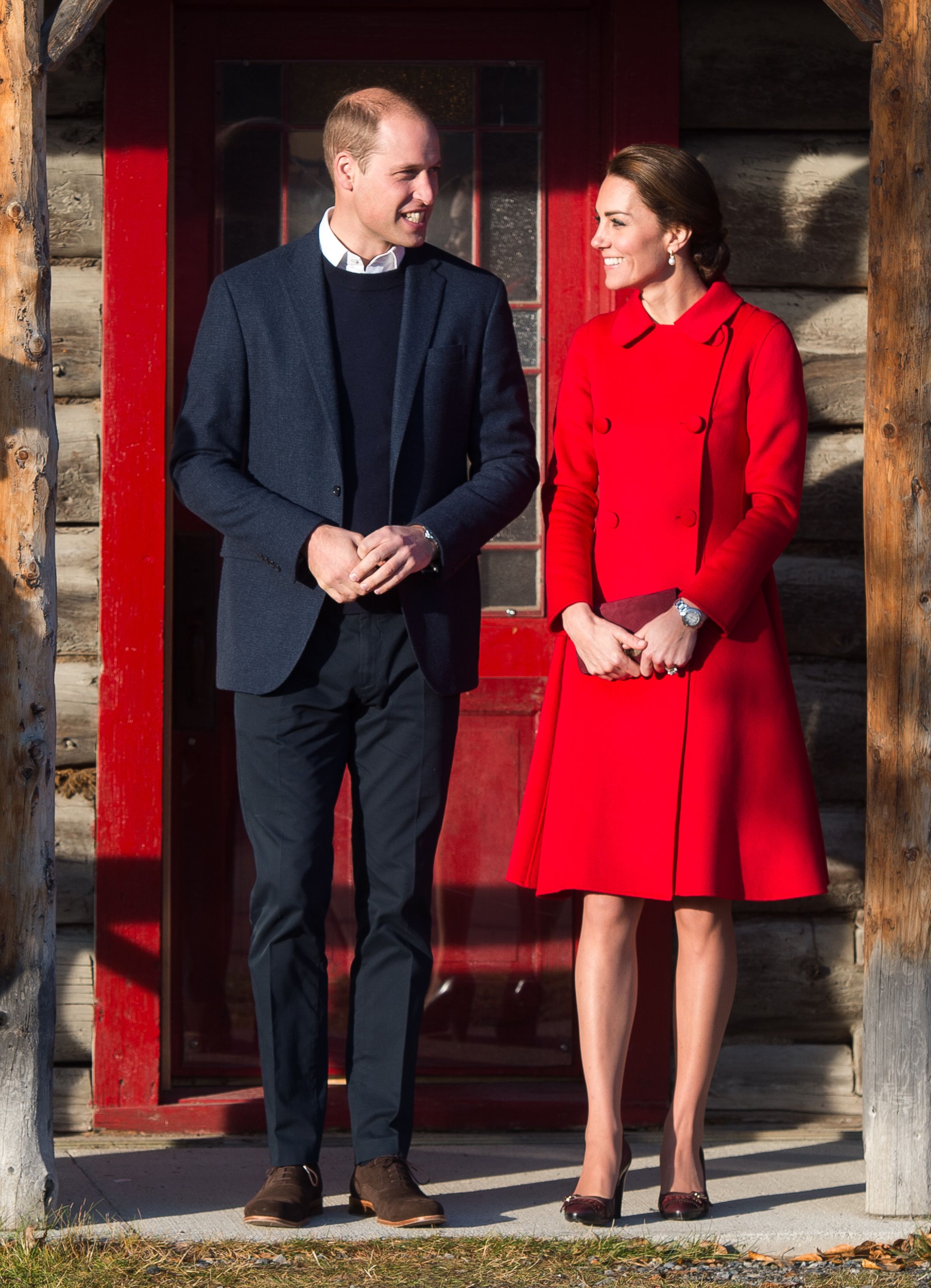 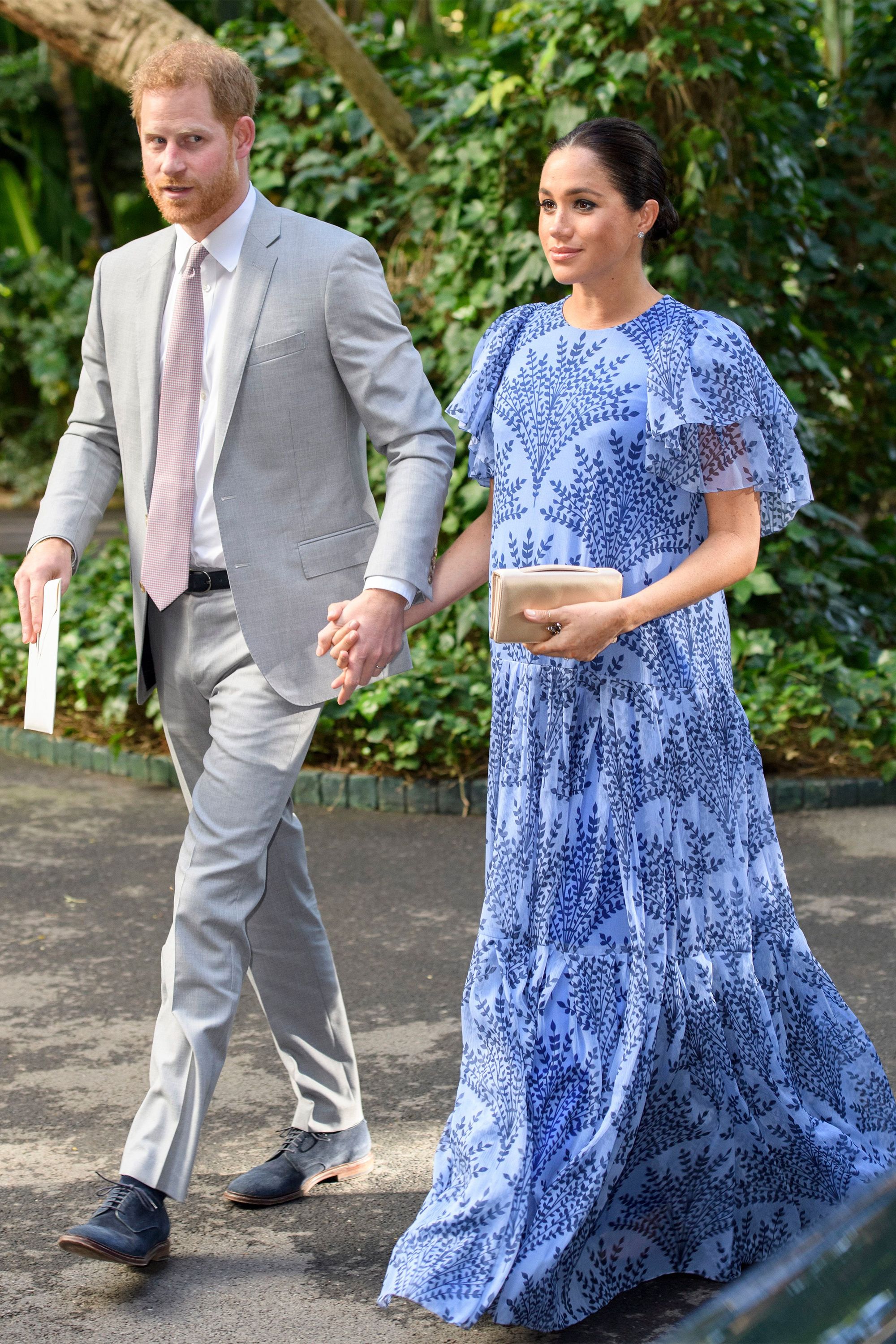