Kevin Spacey will plead not guilty to indecent assault charge

Former Hollywood star Kevin Spacey will plead not guilty to a charge of indecent assault and battery.

The Oscar-winning actor is due to appear in a Massachusetts court later this month over accusations he groped an 18-year-old man in 2016. 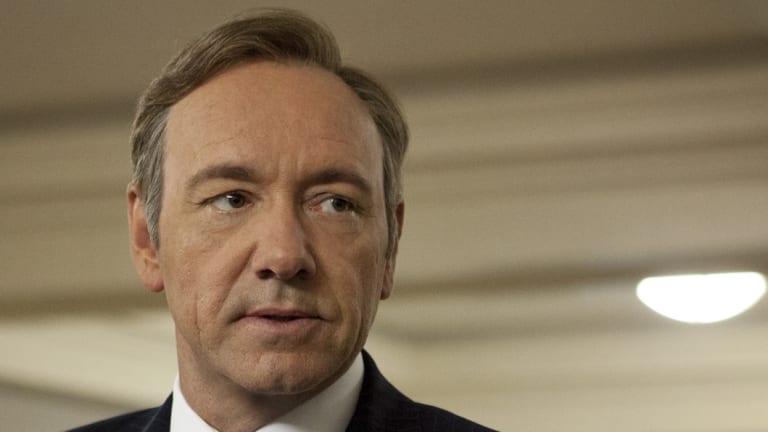 Kevin Spacey in House of Cards.Credit:Netflix

It is alleged that Spacey bragged about the size of his penis, unzipped the alleged victim's pants and assaulted him after buying him multiple drinks. The alleged victim filmed part of the encounter, according to court documents.

Neither Spacey nor his lawyers have addressed the allegation publicly. However, the actor released a video last week in the voice of Frank Underwood. In the bizarre clip, Spacey said he wasn't going to "pay the price" for something he "didn't do". It was unclear whether he was addressing the criminal charge.

"Some believed everything [said about me] and have just been waiting with bated breath to confess it all," Spacey said. "You and I both know it's not that simple. Not in politics, not in life. But you wouldn't believe the worst without evidence, would you? You wouldn't rush to judgements without facts, would you? You're smarter than that."

Netflix has confirmed it had nothing to do with the video clip.

Los Angeles-based attorney Alan Jackson, representing Spacey, noted during a hearing that the alleged victim did not report the allegations to police right away and said he was so intoxicated he may have blacked out shortly after Spacey allegedly groped him, according to an audio recording of the hearing obtained by The Boston Globe.

It is has also been claimed that the alleged victim lied about his age. In the United States, it is illegal for people under the age of 21 to consume alcohol.

Ms Unruh has told reporters her son didn't report the assault at the time because he was embarrassed and scared. Her family decided to come forward after others went public with allegations of sexual misconduct against Spacey and other celebrities, she said.