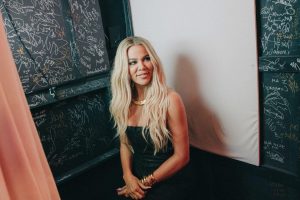 Khloé Kardashian and Tristan Thompson reportedly ended their relationship several months ago but their names are in the headlines again after the NBA player publicly apologized to the mother of his daughter.

On Jan. 3, 2022, Thompson took to his Instagram Stories announcing that a paternity test confirmed he is the father of Maralee Nichols’ son. In one slide the Sacramento Kings center apologized to Kardashian who he was dating when the child was conceived writing: “Khloé, you don’t deserve this. You don’t deserve the heartache and humiliation I have caused you. You don’t deserve the way I have treated you over the years. My actions certainly have not lined up with the way I view you. I have the utmost respect and love for you. Regardless of what you may think. Again, I am so incredibly sorry.”

A number of Kardashian’s fans took to social media to call out Thompson for how he treated her and offered options of who they think the Good American founder should date next. Here are some of those interesting picks including one that would break the internet if they ever got together.

Kardashian’s fans have spoken and they are not happy with Thompson at all. The basketball player had been involved in several cheating scandals during their relationship and many people are hoping the reality star doesn’t take him back again. Some are even offering dating advice saying they think the Kardashian sister‘s next boyfriend should be someone who isn’t famous.

“Please date a social worker, have another baby and live a quiet life,” one follower tweeted.

Some other picks Kardashian’s fans had were a former NBA player nicknamed “Birdman” and a hip-hop artist from Kentucky.

Another had a certain rapper in mind tweeting: “She should date Jack Harlow.”

Those selections seem to be based on the fact that Kardashian has dated quite a few athletes as well as a rapper in the past. So some Instagram commenters suggested that she go for a different profession writing: “Seriously we need to find a comedian or a rocker for Khloé now.”

A few agreed with that comment and pointed out that dating a rock musician worked out for her older sister, Kourtney, who recently got engaged to Blink 182 drummer Travis Barker.

Others are lobbying for Kardashian to date her sister’s ex

But the name that keeps coming up again and again is rather surprising.

“You know who Khloé Kardashian needs to be with…….Scott Disick,” a fan posted.

Another had the same idea and even responded to Kardashian’s New Year’s tweet pleading with her to: “Go out on a freaking date with Scott Disick. I just love yal [sic]. You guys would slay as a couple.”

And they weren’t alone. Numerous Twitter users opined that Kardashian should date the man her sister had a relationship with for nearly a decade and is the father to her niece Penelope, and nephews Mason and Reign. That’s not happening and if it did it just may break the internet.

As one commenter put it: “It’s too bad Scott Disick can’t date Khloe Kardashian because those two are a perfect match.”