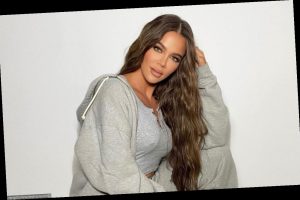 Aside from sharing her thoughts on those who give unsolicited advice, the ‘Keeping Up with the Kardashians’ star opens up about the strong family bond she and her sisters share.

AceShowbiz –Khloe Kardashian makes it clear that she is no fan of mom-shaming. When opening up about motherhood in a new interview, the “Keeping Up with the Kardashians” star opened up about the main reason why neither she nor any member of her family will consciously give unsolicited advice to other mothers out there.

Gracing the March 2021 cover of Australia’s Gritty Pretty magazine, the 36-year-old TV personality shared in her profile story that she and her sisters “also know that we have individual families and don’t like to give a lot of advice, unless it’s solicited.” Stressing that Kardashian-Jenner clan will never do mom-shaming, she explained, “We hate a shamer.”

On the subject of family and motherhood, Khloe noted why she believes the two went hand in hand. “There are always challenges with raising kids but I’m so fortunate to have such a strong family support group,” the mother of 2-year-old True Thompson praised her famous sisters, Kourtney Kardashian, Kim Kardashian and Kylie Jenner.

During the interview, Khloe also spilled why she, Kim and Kourtney always felt motherly over their younger half-sisters Kylie and Kendall Jenner. “Kim, Kourtney and I felt so maternal over Kendall and Kylie,” she said. “It’s been so rewarding watching them grow up into these beautiful, strong, confident and successful women.”

While Khloe led a very public and busy life, she claimed that she makes sure that her family will always come first. The Good America co-founder elaborated, “I always make sure True and I spend quality time together in the morning and we will always have dinner together before we do her bedtime routine.”

Elsewhere in the interview, Khloe talked about the joy of being a mother. “The most fulfilling part of motherhood is watching True grow up and become her own person. Hearing her voice and seeing her use her voice more and more,” she pointed out. She went on to share her hope for her only daughter, “I want True to love herself and stay true to her values and beliefs.”

Motherhood aside, Khloe’s appearance on the magazine’s cover has renewed speculations that she is engaged to former fiance Tristan Thompson. The cover photo displayed her sporting a massive diamond sparkler on her ring finger. It came out just days after she paid a sweet tribute to the father of her daughter for his 30th birthday.

“The ones that are meant to be are the ones who go through everything that is designed to tear them apart and they come out even stronger than they were before,” she wrote in an Instagram post. “Thank you for showing me everything you said you would. For the father you are. For the best friend I have in you. I’m thankful that I can do absolutely nothing with you and it feels like everything.”