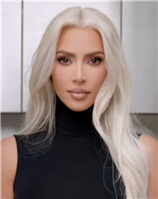 Kim Kardashian has issued a lengthy and heartfelt statement in response to this week’s tragedy in Texas.

On Tuesday, an 18-year old gunman opened fire inside of Robb Elementary School in the town of Uvalde, murdering 19 children and two teachers in the process.

As the nation grapples with this massacre, and debate continues to rage about enacting gun control laws throughout the country that would make it a crime for certain people to purchase automatic weapons… Kardashian has made it clear on which side she falls.

“Five years ago, almost to the day, I wrote an essay for my blog about my thoughts on gun control in honor of National Gun Violence Awareness Day,” opened the mother of four on May 25 via Facebook.

“In it I asked “is it more important to protect the second amendment than to protect our own children?”

“Yesterday 19 children were murdered by an 18 year old, and I find myself heartbroken, disgusted and furious about how little has been done by law makers to enact gun laws that protect our children.”

Kardashian is far from alone in this sentiment, of course.

“There is no excuse and no justification for what happened yesterday,” she continued.

“The current laws in our country around gun control are not protecting our children.”

Indeed, the killer was permitted to purchase his AR-15 due to a recently-changed law in the state that made it legal for 18-year olds to own such a weapon of war.

According to the latest reports, local police officers refused to even enter the school building after being called to the scene, giving this murderer plenty of time to barricade himself and his victims inside of a classroom.

Out of respect for her message, we’re just gonna publish the rest of Kardashian’s Facebook post in its entirety below…

We have to push law makers to enact laws that are fitting in today’s world. Semi automatic weapons, assault weapons, weapons of war, should not be legally sold or owned by American civilians.

They should be banned. Period. AR-15 style semi automatic rifles were used in Newtown, Parkland, Aurora, San Bernardino, Orlando, Parkland, in the Buffalo shooting 10 days ago, and reportedly in yesterday’s shooting.

Assault weapons are not a self defense tool.

They are sophisticated weapons, designed to kill.

Assault weapons didn’t even exist when the Second Amendment was written.

We have to stop allowing people to use a sentence written centuries ago when technology, times, humanity were completely different, to dictate how we regulate gun ownership, and how we protect our kids today.

The legal age to purchase a firearm is also a serious issue and needs to be addressed and increased. The Parkland shooter, the Buffalo grocery store shooter, the Texas shooter yesterday, they were all under 21 and reportedly purchased weapons legally.

These are teenagers. Someone who is not old enough to buy alcohol should not be allowed to purchase a firearm.

As I even type these words I am seriously dumbfounded that this is something considered normal, acceptable and legal.

There is no question that mental health, racism, deep-seated hatred all play a role in the motivation for mass shootings in recent years.

And at a community level, as parents, teachers, there is a lot that can be done to help teens and young adults that isn’t being done.

But the one thing that law makers can and should control now is access to weapons.

There are of course people over 21 who buy guns to cause harm, and other mass shootings in recent years have been carried out by people over 21, but if we increase legal age to purchase, coupled with a ban on assault weapons, we can without a doubt reduce the number of senseless tragedies and save children’s lives.

We can’t accept it.

We can’t have another five years go by without effective, impactful laws put in place to protect our kids.

We are parents, we are mothers, we are begging and pleading for action.

Imagine the entire classroom of children who witnessed their friends die in front of them.

The trauma will last a lifetime for everyone involved. Words can’t express my heartbreak for the parents whose babies didn’t come home from school yesterday.

I’m urging our leaders to come together and put politics aside and put children first.

A number of high-profile stars have made similar statement, but few as detailed and/or as pointed as this one.

Meghan Markle, meanwhile, visited Uvalde on Thursday to pay her respects to the victims. May they rest in peace.