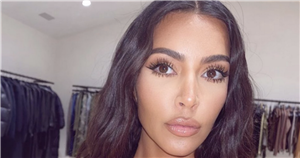 Kim Kardashian has deleted a level of her smartphone game after being accused of cashing in on Meghan Markle and Prince Harry leaving the Royal Family.

Keeping Up With The Kardsahians star Kim, 40, is said to have been unaware of the of the Royal Runaways storyline on her Kim Kardashian: Hollywood game until Tuesday 25 May.

As soon as she discovered the level, it's understood Kim "immediately took steps to ensure it was taken down", after it appeared to draw similarities between the Duke and Duchess of Sussex stepping down from their roles as senior royals.

A source has told the Daily Mail: "She is disappointed that this happened and has requested an internal investigation to ensure that this misstep doesn’t happen again."

A spokesperson for Glu, who are the game creators, added to the Daily Mail: "We heard a lot of valuable feedback around our recent Prince Aston and Princess Bianca quest.

"It’s clear we missed the mark with this, and we sincerely apologise. We did not intend to direct any negativity towards any particular person or groups of people. The content is no longer live in the game."

The now-removed level of the game featured a prince and princess wanting to escape an "unwelcoming" royal family.

In the game, Princess Bianca and her husband Prince Aston were seen talking about quitting royal life and having a confrontation with the Queen.

Characters Princess Bianca and Prince Aston were also seen giving an Oprah Winfrey-style interview, during which the prince told the host he had done everything he could to welcome his wife into the family.

Before its removal, fans criticised the smartphone game.

One tweeted: "Did you know the Kim Kardashian game has a knockoff Harry and Meghan subplot?".

Meanwhile a "shocked" fan of the game told The Sun: "The two characters are obviously based on Meghan and Harry.

"The Queen speaks quite rudely in it.

"It’s in poor taste considering everything she has been through recently."

Meghan, 39, and Harry, 36, announced their decision to step down from their roles as senior royals in 2020.

The pair have since spoken out on their time in the Royal Family, which is said to have left the Queen "deeply upset".

A source told the Mail on Sunday: "Harry’s grandmother has taken this very personally and is deeply upset by what Harry has said, in particular his comments about Charles’s parenting and suggesting his father knows no better because of how he was brought up. It has been a very upsetting time."