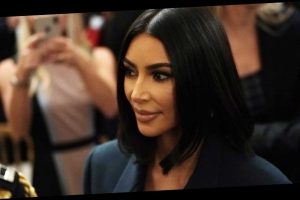 Spotify has reached an agreement with Kim Kardashian West for a new podcast focused on criminal justice reform.

The Wall Street Journal first broke the news about the deal, which positions Kardashian West and television producer Lori Rothschild Ansaldi as coproducers. The show will exclusively stream on Spotify’s platform.

The podcast will follow Ansaldi’s investigative work on the case of Kevin Keith, a Black man who has maintained his innocence after being convicted of a triple homicide in 1994. Keith was sentenced to execution in Ohio, but former Governor Ted Strickland commuted his death sentence in 2010 after lawyers presented evidence that cast doubt on his guilt.

Over the past few years, the SKIMS founder has pursued criminal justice reform, reportedly completing her first year of law studies this past January. She plans to eventually take the California State bar exam.

Kardashian West became an advocate for Cyntoia Brown, a woman who was sex-trafficked as a teen and sentenced to life in prison for killing a 43-year-old man who solicited her for sex when she was 16 years old. After 15 years behind bars, Brown was granted clemency.

In a cover story with CR Fashion Book earlier this year, the Keeping Up with the Kardashians star spoke about her interest in the justice system. “I’m raising four black kids in this society and our system is so discriminatory against black and brown people. I want to do as much as I can to make their lives easier…I never knew much about the system until I started to dig in,” she said, per People, “and once I learned and saw how many things were wrong, I really couldn’t stop.”