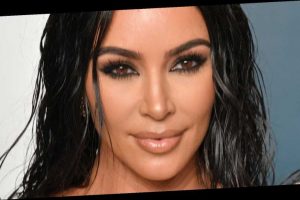 Taylor Swift and Kim Kardashian … a tale as old as time. To say the two A-listers have had their fair share of ups and downs over the past decade is an understatement, and even though Kardashian’s ex, Kanye West, and Swift seemed to have buried the hatchet after their initial 2009 “I’mma let you finish” controversy, where West interrupted Swift during the MTV VMAs (via Page Six), things got heated again when West released his Life of Pablo album in 2016. West’s jaw-dropping line in his song “Famous,” where he raps, “I feel like me and Taylor might still have sex/I made that [b-word] famous,” reignited the drama between the two (via Pop Sugar).

Naturally, as his wife, Kardashian took West’s side at the time (via Pop Sugar). However, now that Kim officially filed for divorce from Kanye in February 2021 (via TMZ), it seems like her touch-and-go relationship with Swift may be on the mend. In a recent Instagram story, Kardashian posted a clip from a steamy scene in Netflix’s hit series, Bridgerton, which sent Taylor Swift fans into an absolute tailspin.

As Bridgerton (and Taylor Swift) fans know, Swift’s “Wildest Dreams” plays in the background of the racy scene, and the fact that Kardashian was openly vibing to both the scene and the music caused quite a commotion on social media among Swifties, with most reacting positively to Kardashian’s seeming nod to Swift.

However, not every Taylor Swift fan was pleased with Kardashian’s newfound appreciation for her ex-husband’s nemesis, though. “Hey @KimKardashian, I’m glad you’re enjoying @taylorswift13’s music after lying about her for years and making her look like the villain,” one fan wrote. “Did you even realize Taylor’s music was in Bridgerton? Do you now realize her impact?”

Regardless of whether or not this means Kim Kardashian is ready to put her history with Taylor Swift in the past, fans are definitely enjoying the current intrigue.