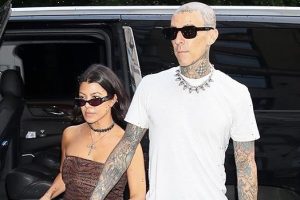 Although fans were hoping to see Travis Barker and Kourtney Kardashian at the 2021 Met Gala, the pair opted for a low-key date night in NYC instead.

Kourtney Kardashian and Travis Barker were in New York City on the night of the 2021 Met Gala, Sept. 13, but they had other plans. Instead of attending the star-studded affair, Kourt and Travis had a romantic dinner date at the Polo Bar in the Big Apple. The reality star rocked high-waisted pants, along with a tube top, and she held Travis’s hand as they headed to the restaurant. Meanwhile, the rocker kept it simple in black pants and a white t-shirt. 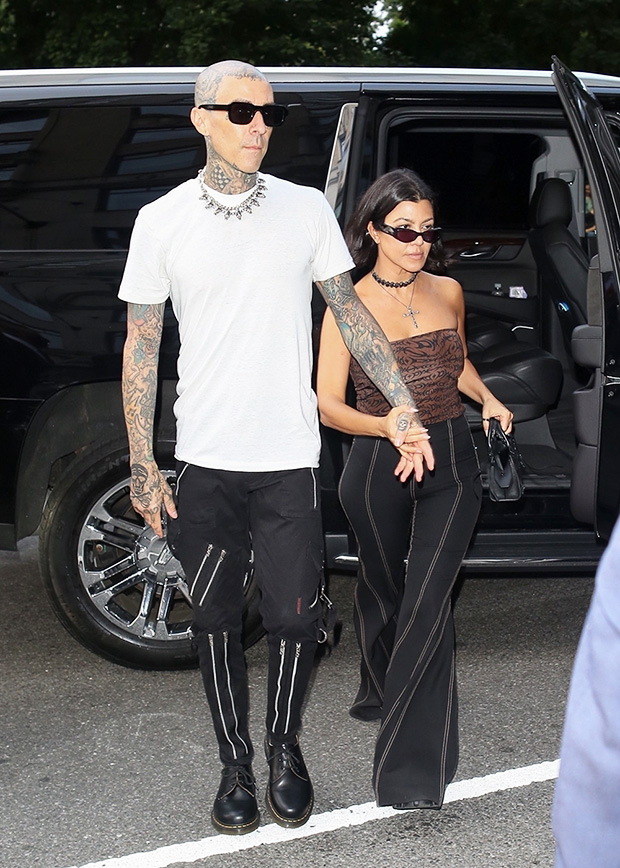 After dinner, Kourtney and Travis headed to Central Park, where Travis took the stage with Machine Gun Kelly. He rocked out on drums for the performance, with Kourtney watching from the crowd and taking videos for her Instagram Story. The show eventually got rained out, but looked like quite a party before the weather made things take a turn. Kourtney’s sisters, Kendall Jenner and Kim Kardashian, and her mom, Kris Jenner, were all at the Met Gala nearby.

Ahead of Met Gala Monday, Kourtney and Travis were already in town for his appearance at the Video Music Awards, where he performed with MGK. Of course, flying to New York City was a big deal for Travis. Earlier this summer, he got on an airplane for the first time since he survived a horrific plane crash in 2008, which killed four of the six people on-board. Travis has openly credited Kourtney with getting him to fly again. 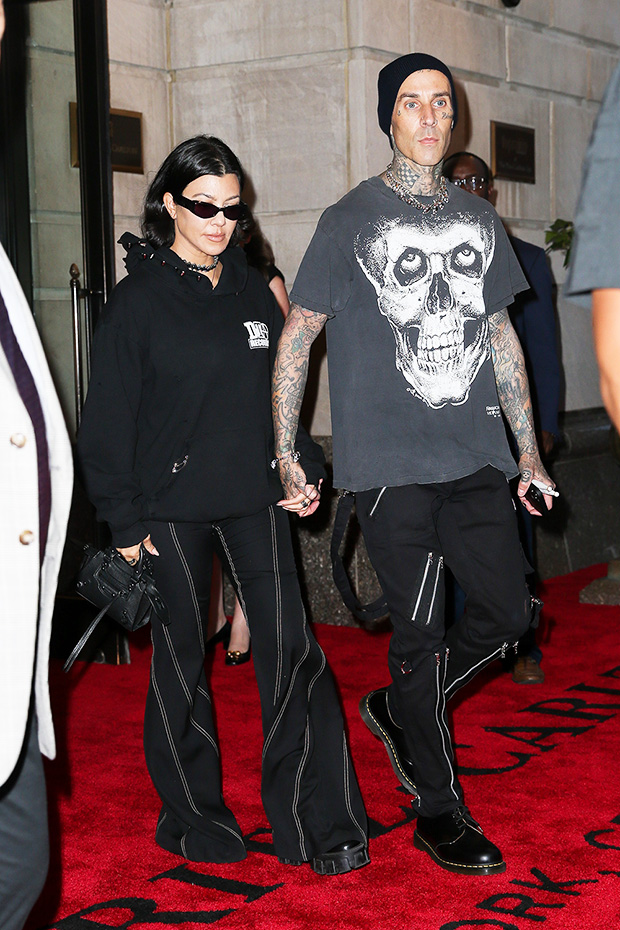 “I’m invincible with her,” he gushed in an interview with NYLON. “It’s like I never dreamed. I never even considered flying again [before her].” Travis’s first flight was to Mexico with Kourtney, followed by an overseas excursion to Italy and Paris. The two have been longtime friends, but their relationship turned romantic at the beginning of 2021. Since then, they certainly haven’t been shy about showing off their love for one another, and there’s been no shortage of PDA. However, they can’t quite cross the Met Gala off the list of places they’ve been together just yet!