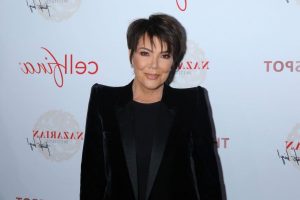 Kris Jenner might just be the world’s most famous “momager,” a woman who has helped her entire family become famous reality television stars — not to mention helped launch multiple successful businesses. Kris Jenner has risen from working-class beginnings to the pinnacle of fortune and fame.

These days, even with the final season of Keeping Up with the Kardashians currently airing on television, Kris Jenner is in the public eye more than ever. As public a manner as she lives her life, however, she does have a few secrets — and recently, she opened up to Ellen DeGeneres about a tattoo that very few of her fans know she has.

How did Kris Jenner become famous?

Kris Jenner was born Kris Houghton in California in 1955. Raised primarily by her mother, she became a flight attendant when she was a young woman, which was around the time that she met lawyer, Robert Kardashian.

The two got married and welcomed four children together before getting a divorce in 1991. The same year that she divorced Robert Kardashian, she married Caitlyn Jenner.

Kris Jenner had two more daughters, Kendall Jenner and Kylie Jenner. As she worked hard to raise her six children, Kris Jenner embarked on her business career, which included managing her husband’s motivational speaking gigs, and opening a series of children’s clothing boutiques.

In 2007, Kris Jenner rose to fame when the family’s reality television show, Keeping Up with the Kardashians, debuted on the E! network. The show made Kris Jenner a household name and catapulted her to incredible success.

Kris Jenner is preparing for the end of ‘KUWTK’

For more than a decade, Kris Jenner has allowed the cameras into her home, detailing the inner workings of her personal life — including the failing of her marriage to Caitlyn Jenner, a multitude of family struggles, and the way she embarked on her new relationship with boyfriend Corey Gamble. However, in early 2021, the family announced that they would be closing the door on Keeping Up with the Kardashians, with the final season airing in the spring of 2021.

It isn’t yet certain how Kris Jenner will spend her time after the family’s long-running reality show ends forever. Still, it seems likely that she will remain in the public eye in at least some capacity. The momager has been spending some time in recent days doing the rounds on talk shows, reassuring fans that she’s not really going anywhere — and in a recent interview with Ellen DeGeneres, she talked about how she has a secret tattoo.

What did Kris Jenner tell Ellen DeGeneres about her secret tattoo?

In a game of “Never Have My Kids Ever,” Kris Jenner admitted that she once got a matching tattoo with her daughter, Khloé Kardashian. “Me and Khloé … it’s a cross,” Jenner said.

DeGeneres asked exactly where Kris Jenner got her tattoo, and the reality star admitted that the tattoo is located “on my booty. Back there. It’s way back there.”

Kris Jenner rarely shows off the tattoo or even discusses it, but the ink has been featured on Keeping Up with the Kardashians before, allowing fans to see that the cross tattoo actually features her two youngest daughters’ names, Kendall Jenner and Kylie Jenner, on either side of the cross.

While Kris Jenner obviously still has her tattoo, Khloé Kardashian has since had her cross tattoo removed — detailing on Instagram how “I should’ve listened to Kim when she told me ‘you don’t put a bumper sticker on a Bentley.’ Bye-bye bumper sticker!!!”