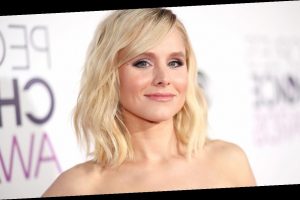 As it turns out, Kristen Bell’s kids have a taste for non-alcoholic beer. The actress revealed recently that she and Dax Shepard have let their two daughters enjoy a refreshing O’Douls from time to time, and it’s occasionally gotten a little awkward.

The Frozen star sat down for an episode of the Say Yes! with Carla Hall podcast, and she explained how and why her two girls — Lincoln, 7, and Delta, 5 — got accustomed to the unusual beverage.

As it turns out, it all stems from Shepard’s sobriety efforts, and the family’s support of his health.

“I’m going to get a lot of flack for this, and let me start by saying I don’t care… You’re welcome to tell me I’m a terrible parent, I don’t care. I’m a great parent, I think,” Bell, 40, declared. “My husband brought home a six-pack of O’Doul’s last night, and my daughters often ask for O’Doul’s.”

Bell said this is true of when they are at home, and even out at restaurants, it’s just something they’ve grown to like.

“The reason for this is because when we had our first child and my husband would put her in the Babybjörn, we’d walk around the neighborhood and he’d pop a nonalcoholic beer in his hand and the baby would paw at it and put the rim in her mouth,” Bell explained, adding that because of that it’s become “a sentimental thing” for their kids.

“It makes them feel close to their dad,” she added, further explaining that they’ve been very open and vocal with their kids about Shepard’s sobriety “and why daddy can’t drink.”

It’s become such an ordinary drink of choice for the kids that they’ll have it at the house during their day-to-day activities — which proved to be somewhat problematic when they decided to pop them open during their remote learning school sessions held over Zoom.

According to Bell, the kids get occasional 15-minute breaks to “jump around and grab a snack” between lessons during the day, and her kids opted to crack open some booze-free tall boys.

“I walk in to check on them at 9:30 and both of them are drinking an O’Doul’s on their Zooms,” Bell said. “They’re both just sipping their Doulies. And I’m like, ‘What must these other parents and teachers think of me?'”

“If anything, it opens up the discussion for why daddy has to drink non-alcoholic beer,” she added. “Because some people lose their privileges with drinking. Drinking’s not always safe.”

END_OF_DOCUMENT_TOKEN_TO_BE_REPLACED

END_OF_DOCUMENT_TOKEN_TO_BE_REPLACED
We and our partners use cookies on this site to improve our service, perform analytics, personalize advertising, measure advertising performance, and remember website preferences.Ok