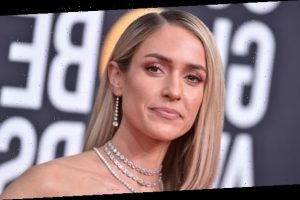 Kristin Cavallari thought she and Kelly Henderson were BFFs, but Kelly’s Twitter behavior left her questioning everything, including their longtime friendship.

Kristin Cavallari finally revealed why she and her best friend, Kelly Henderson, are no longer speaking to each other. During the Very Cavallari season three premiere, Kristin tearfully discussed the situation with her husband, Jay Cutler and her friends, telling them that she believed Kelly only wanted publicity — and not her friendship. “When season two was airing, there was a lot of talk on social media about Jay and Kelly having an affair. Not for one second have I ever thought that it was true,” Kristin said in a confessional. “It wasn’t the actual accusations of them having an affair that made me upset, it was how Kelly went about it.”

During the premiere episode, Kristin told her friends Justin Anderson and Stephanie “Biegs” Biegel during a night out that before they severed ties, Kelly was only contacting her about the show’s production schedule. “We’ve had a major falling out and it’s just been breaking my heart,” she confessed, adding that Kelly’s behavior on social media was the straw that broke the camel’s back. Kelly posted about Jay multiple times on Twitter, adding “fuel to the fire,” Kristin said. She felt like her BFF was suddenly “using Jay for her own personal gain,” and it left her frustrated. “Why do you want to post about that? To get more attention about it. If I was accused of having an affair with your husband, I wouldn’t say his f–king name on social media. Like, come on.”

Kristin revealed that Kelly basically ghosted her while this was all going down. “Instead of her just owning her side of it and being like, ‘I’m sorry! Oh my god, that was never my intention’ or whatever, she kept giving me push back and would get really defensive,” Kristin said later in the episode. “And then, she literally just stopped responding to me.”

Kristin brought up the situation again while having lunch with her ex-NFL player husband. She said that after 15 years doing reality TV, she’s recognized that friendships don’t always make it through the drama. But she thought it would be different with Kelly. “Like, my best friend could care less about me, unless it has to do with what she can gain from me and you,” she told Jay. “I’ve completely lost my friend.”