Lady Gaga’s much-anticipated Las Vegas residency, ENIGMA, has finally opened, and it’s every bit as epic as you’d expect. From covering David Bowie (via Rolling Stone), to performing her A Star Is Born masterpiece, “Shallow,” Lady Gaga pulled out all of the stops. And as for her impeccable costumes, the singer/songwriter/future Oscar-winner served several unforgettable looks which definitely lived up to the show’s title. Here, all of Lady Gaga’s best outfits from the opening night of her Vegas residency: 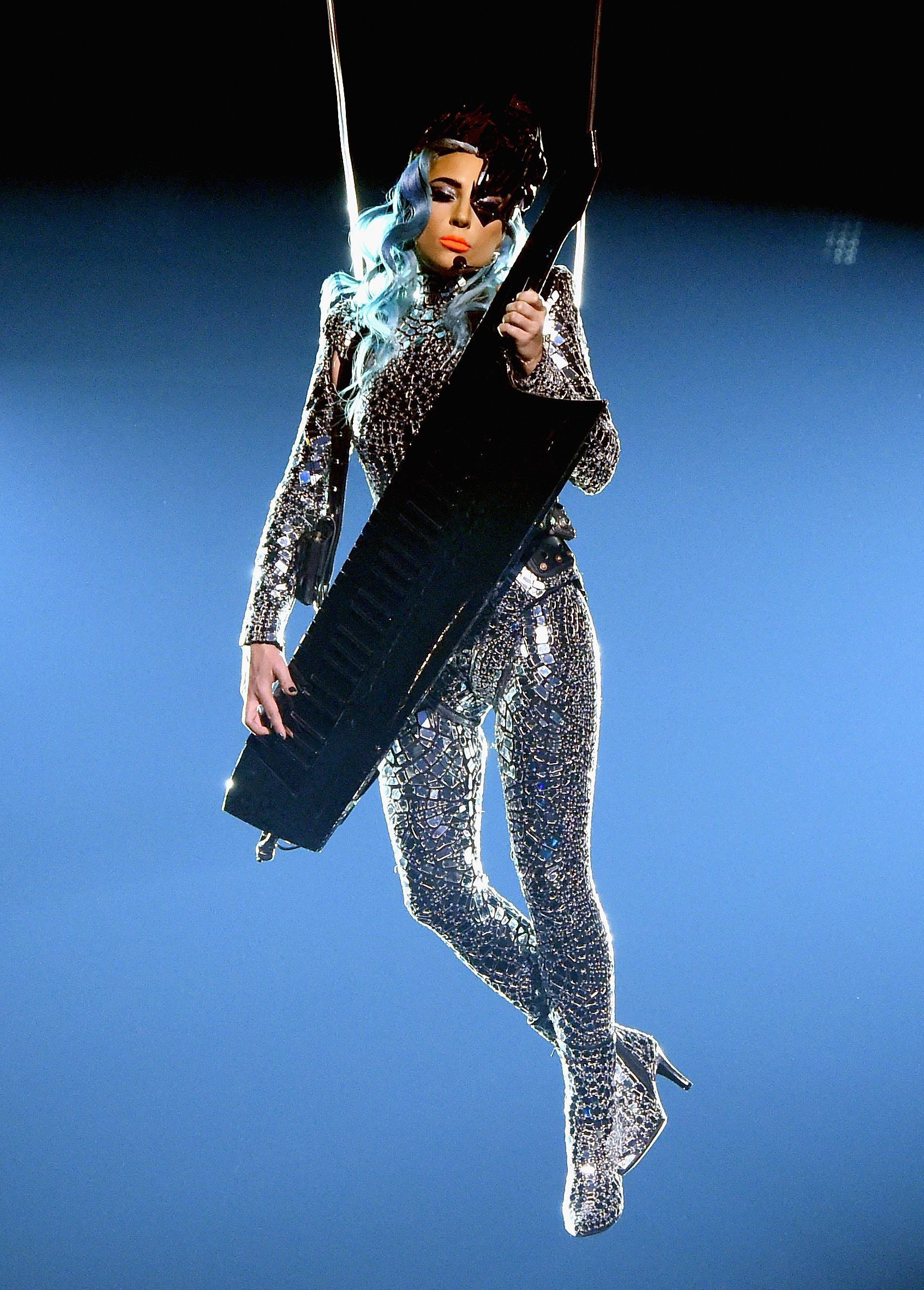 Lady Gaga descended onto the stage wearing a harness, and a bejeweled catsuit. From her striking aquamarine hair, to her tangerine lipstick, the singer-songwriter’s style was unmistakeable on opening night. 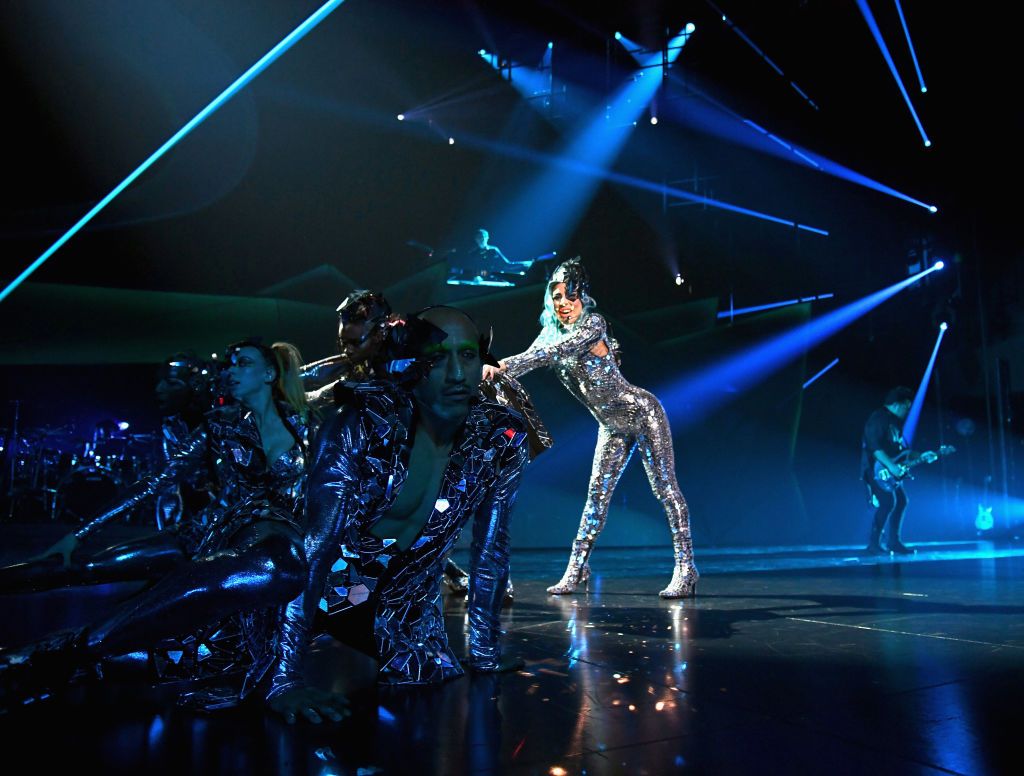 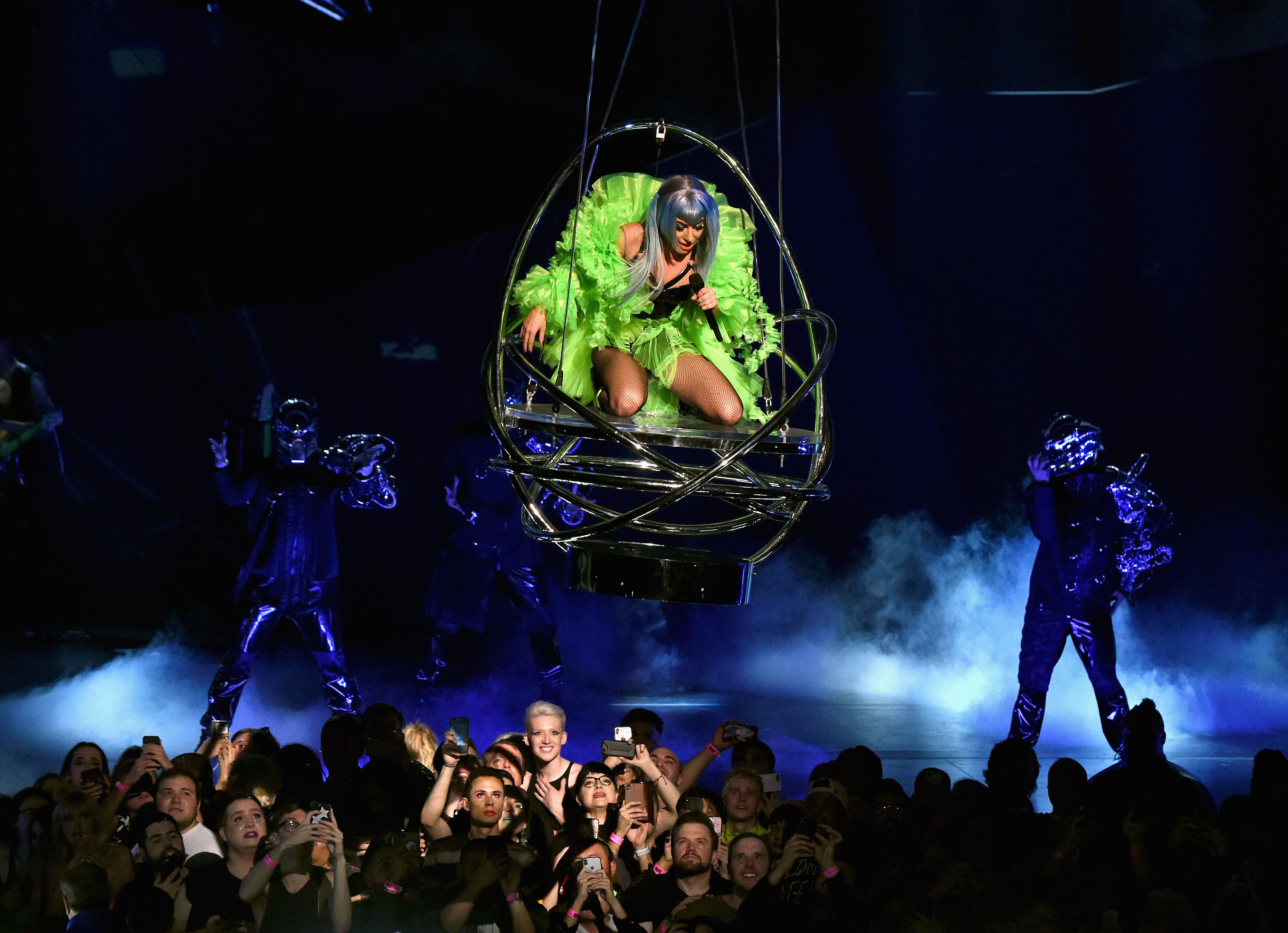 A quick costume change saw Lady Gaga don a fluorescent green, epically feathered jacket, as she was suspended from the ceiling in a cage. 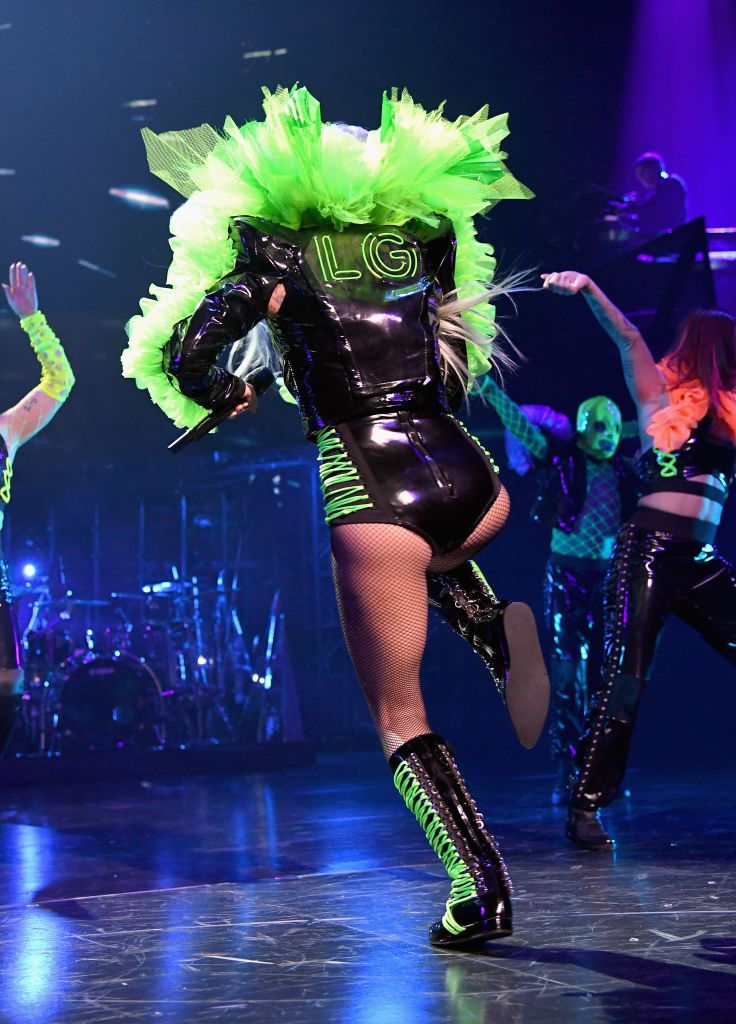 Once on the stage, Lady Gaga turned to reveal her initials emblazoned on the back of her black PVC jacket, which also had fluorescent green detailing. 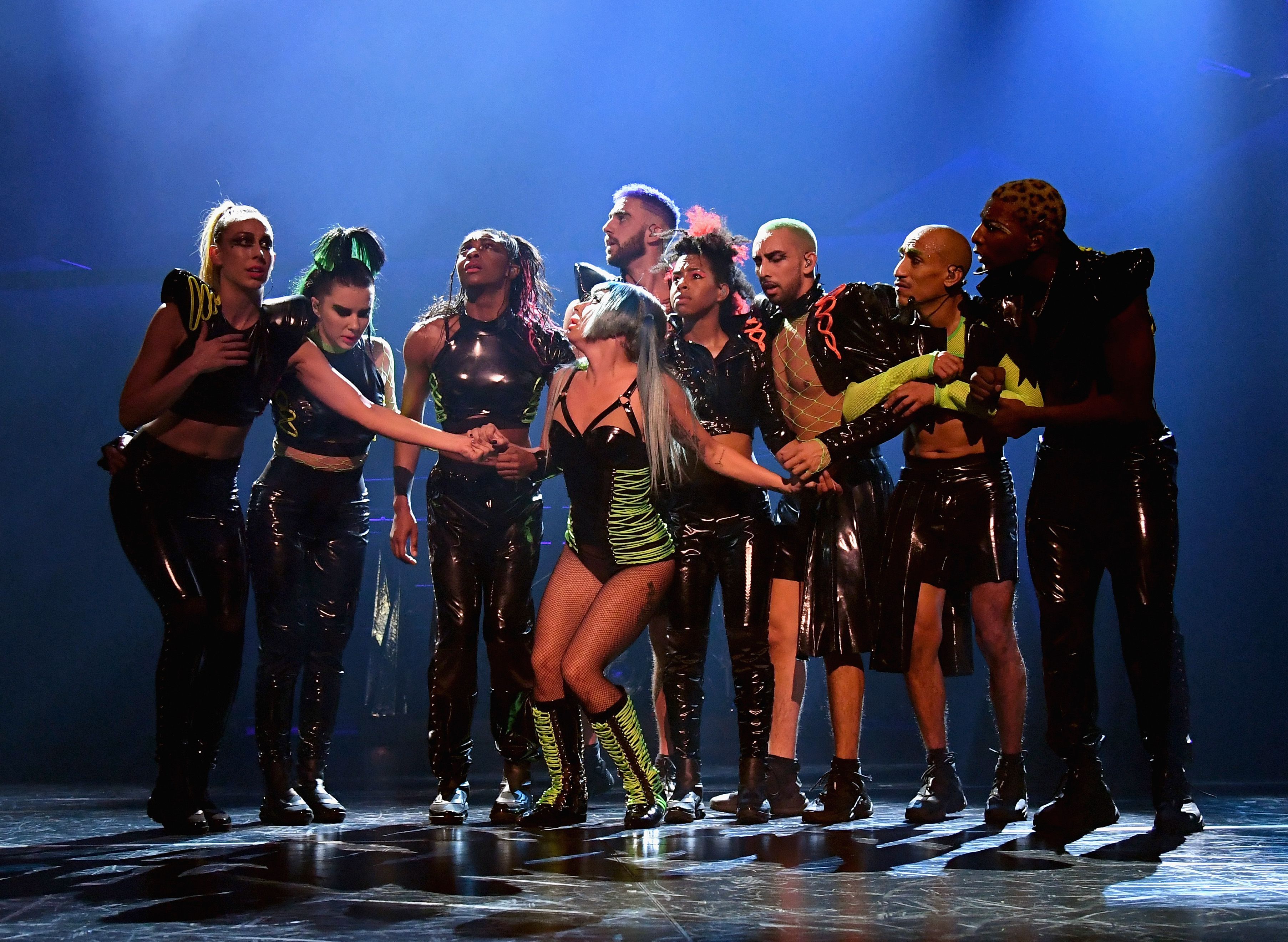 Removing the jacket, Gaga was left with a risqué, black, PVC corset. Her backing dancers were clad in similar outfits. 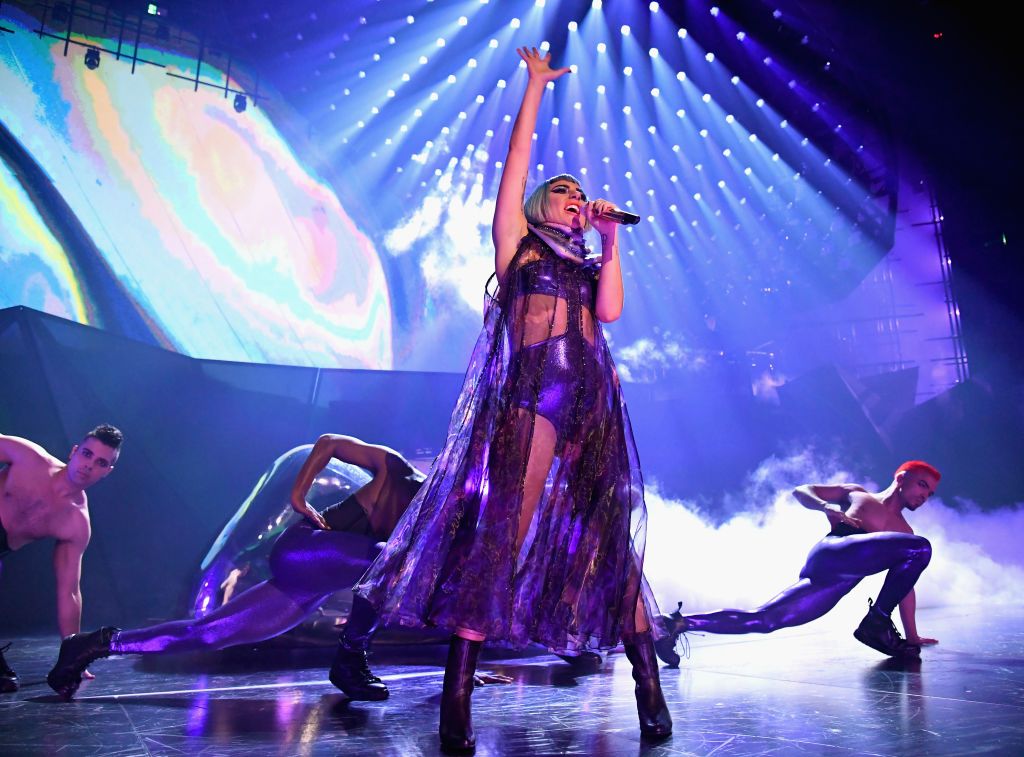 The singer’s next look was a gorgeous, transparent dress, with a cut-out bodysuit underneath. 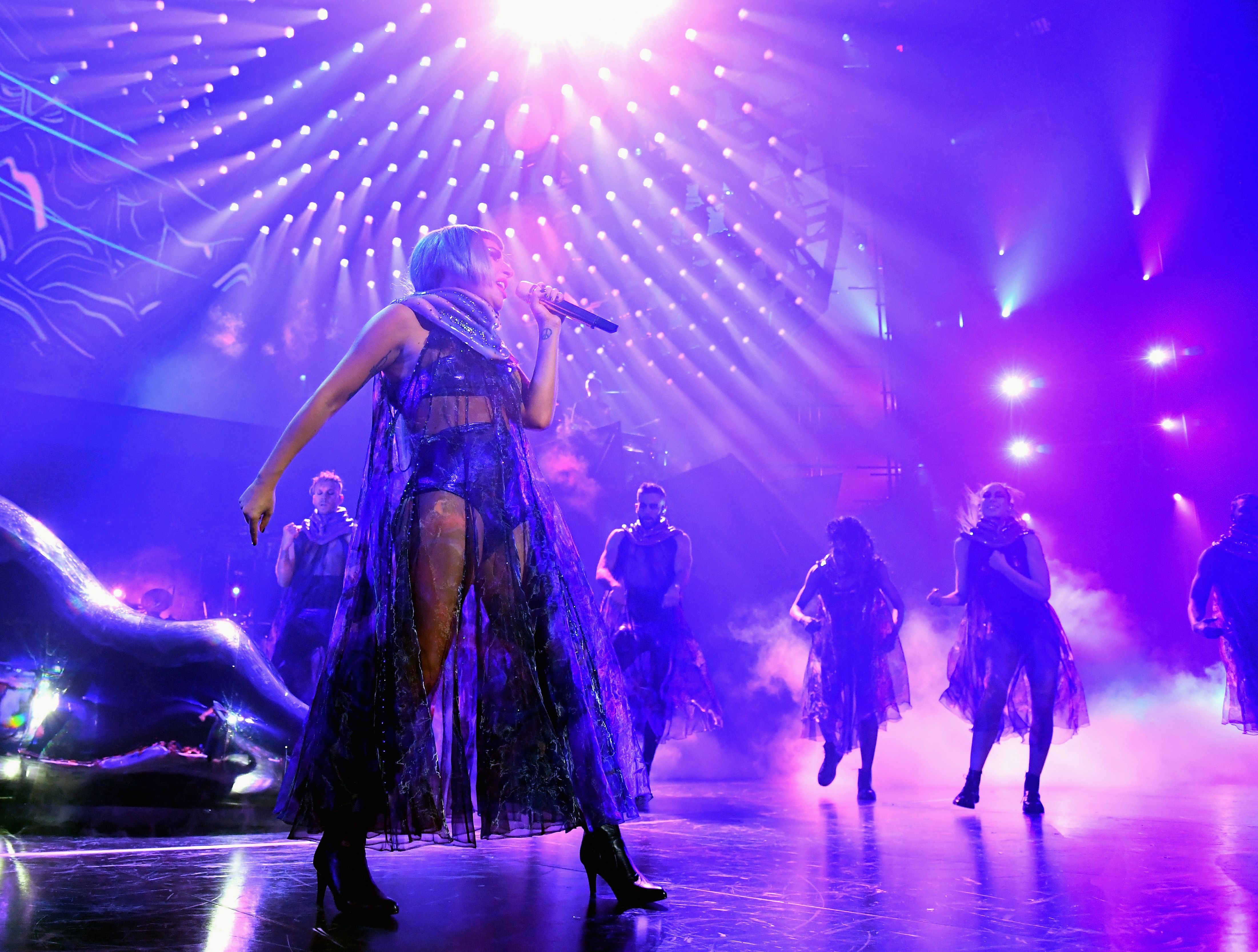 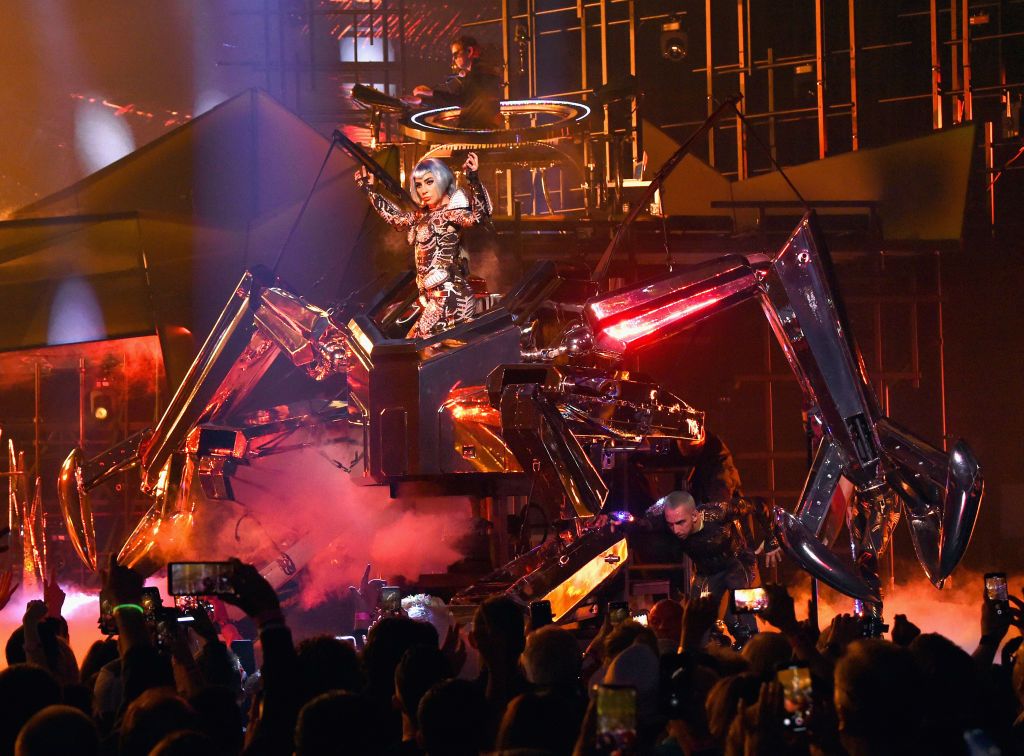 Riding in on a giant mechanical spider, Lady Gaga changed outfits yet again. 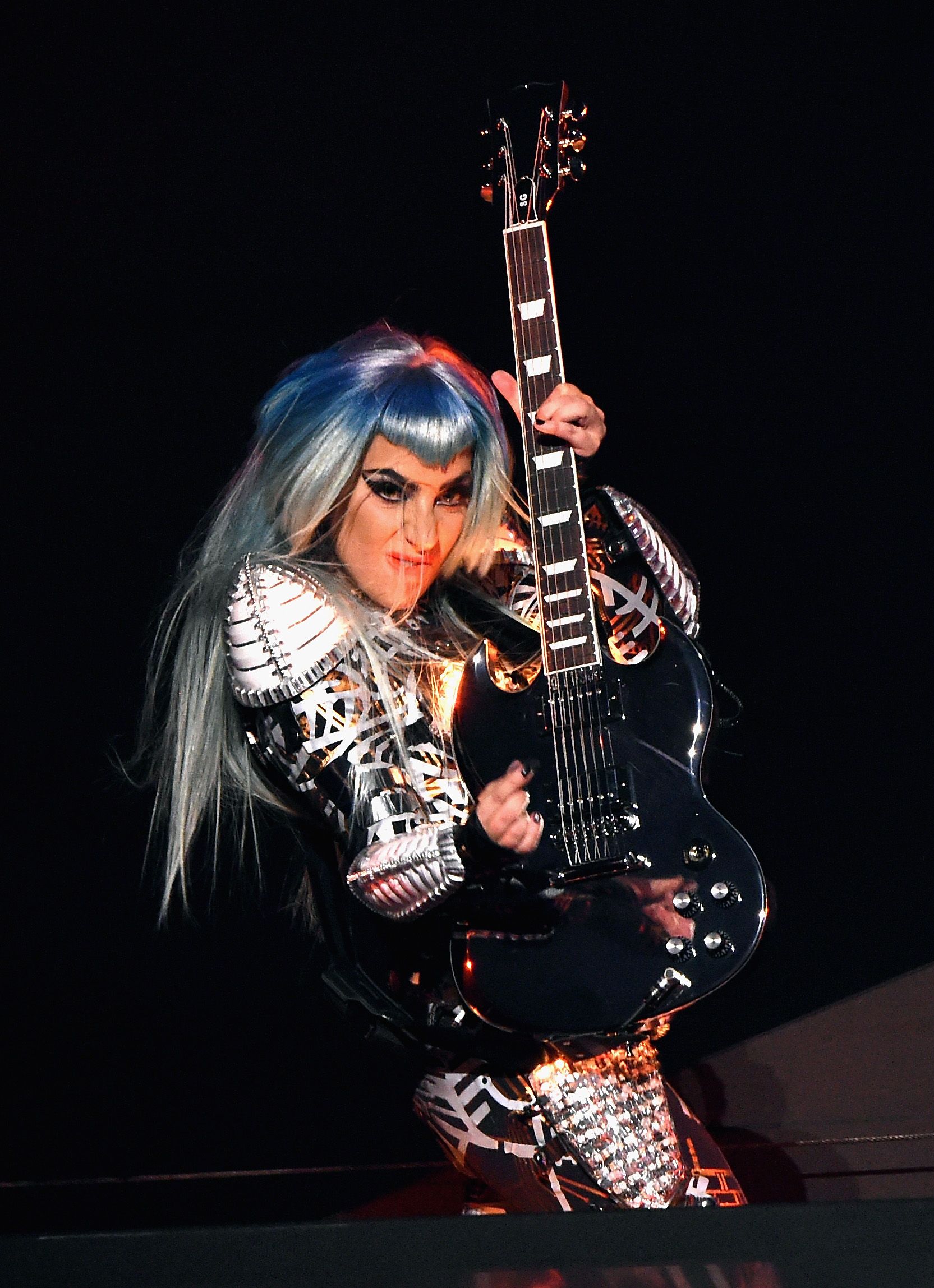 Lady Gaga transformed into a modern-day knight, with a suit of armor featuring light-up panels. 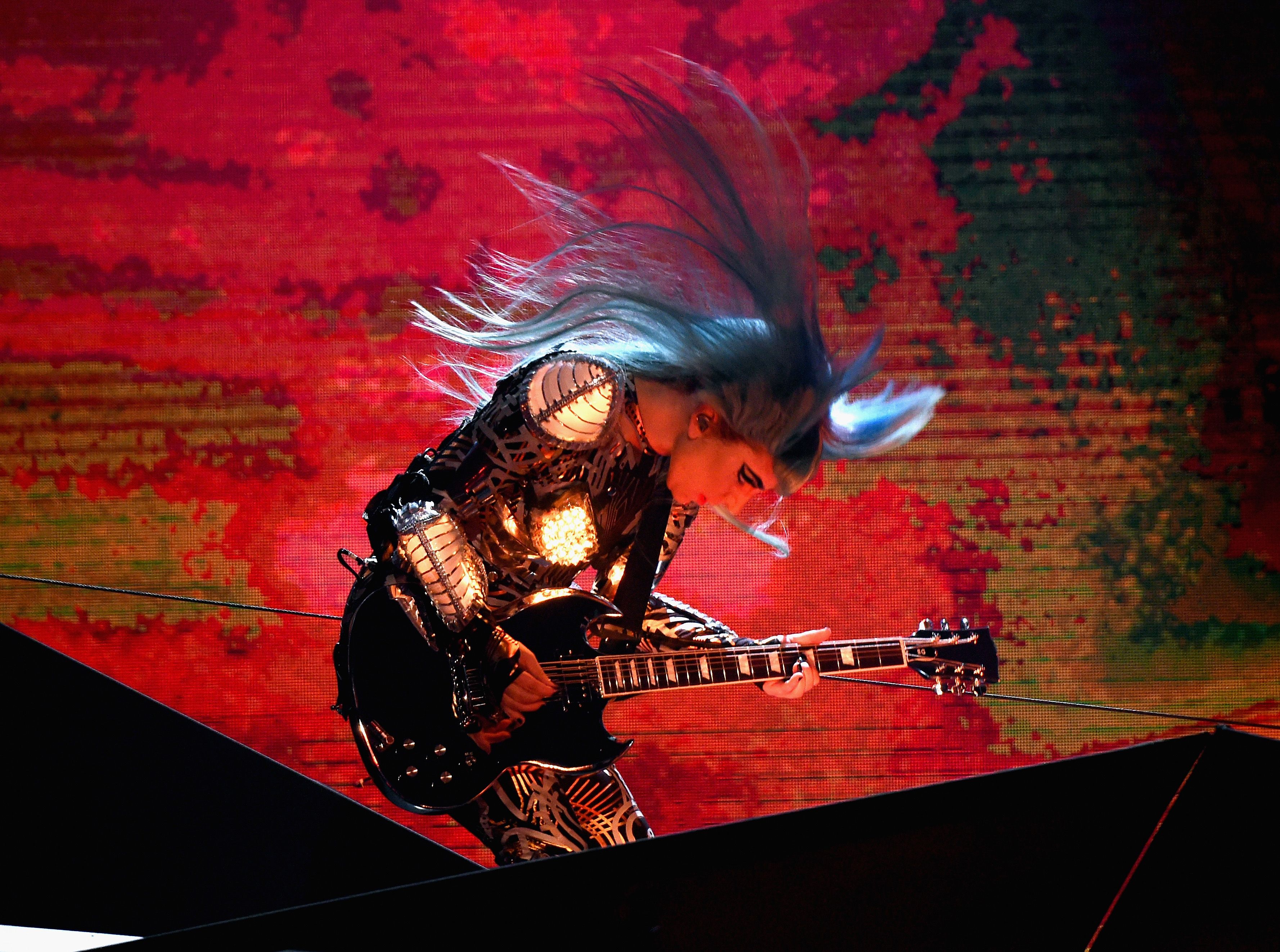 And she proceeded to rock out. 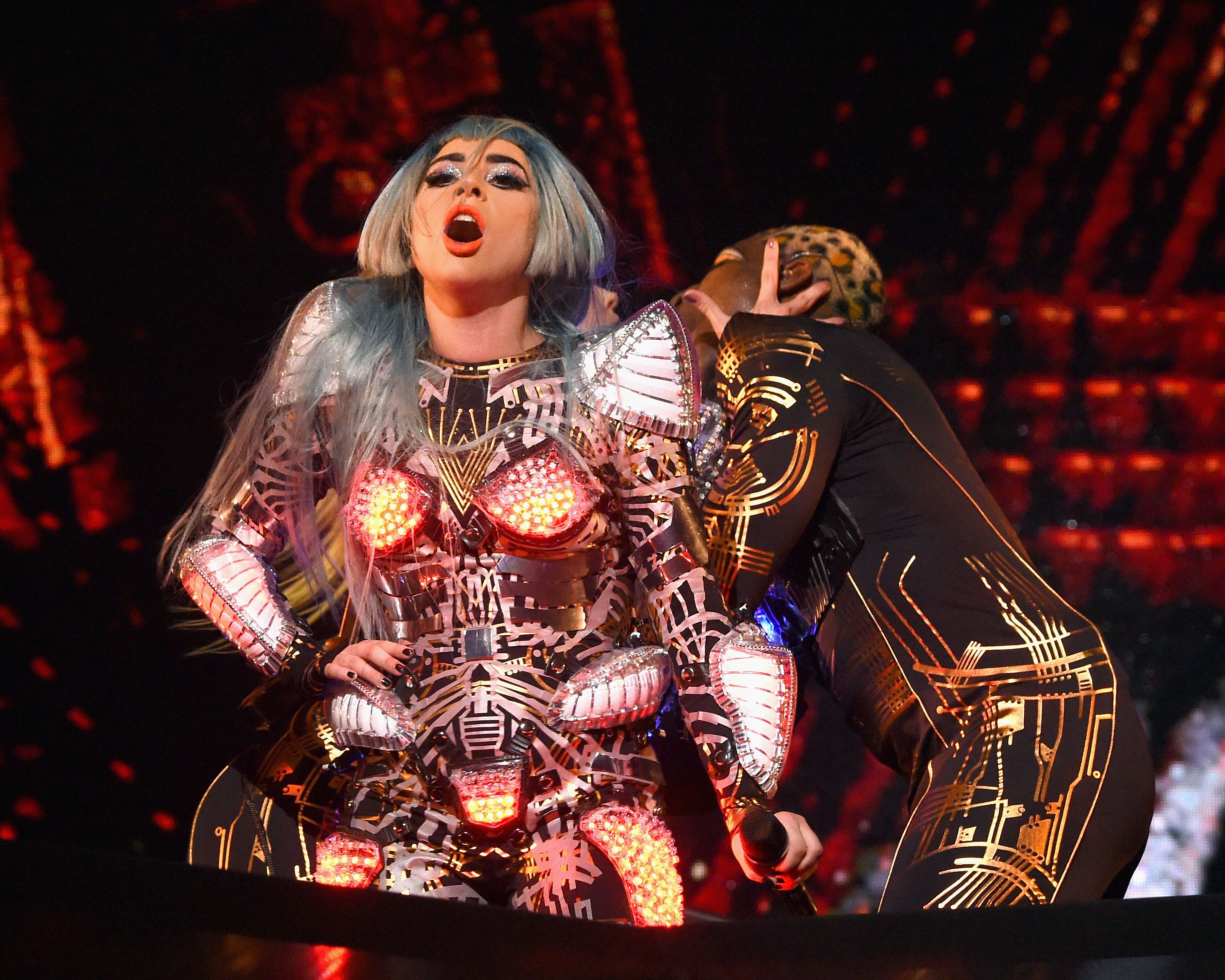 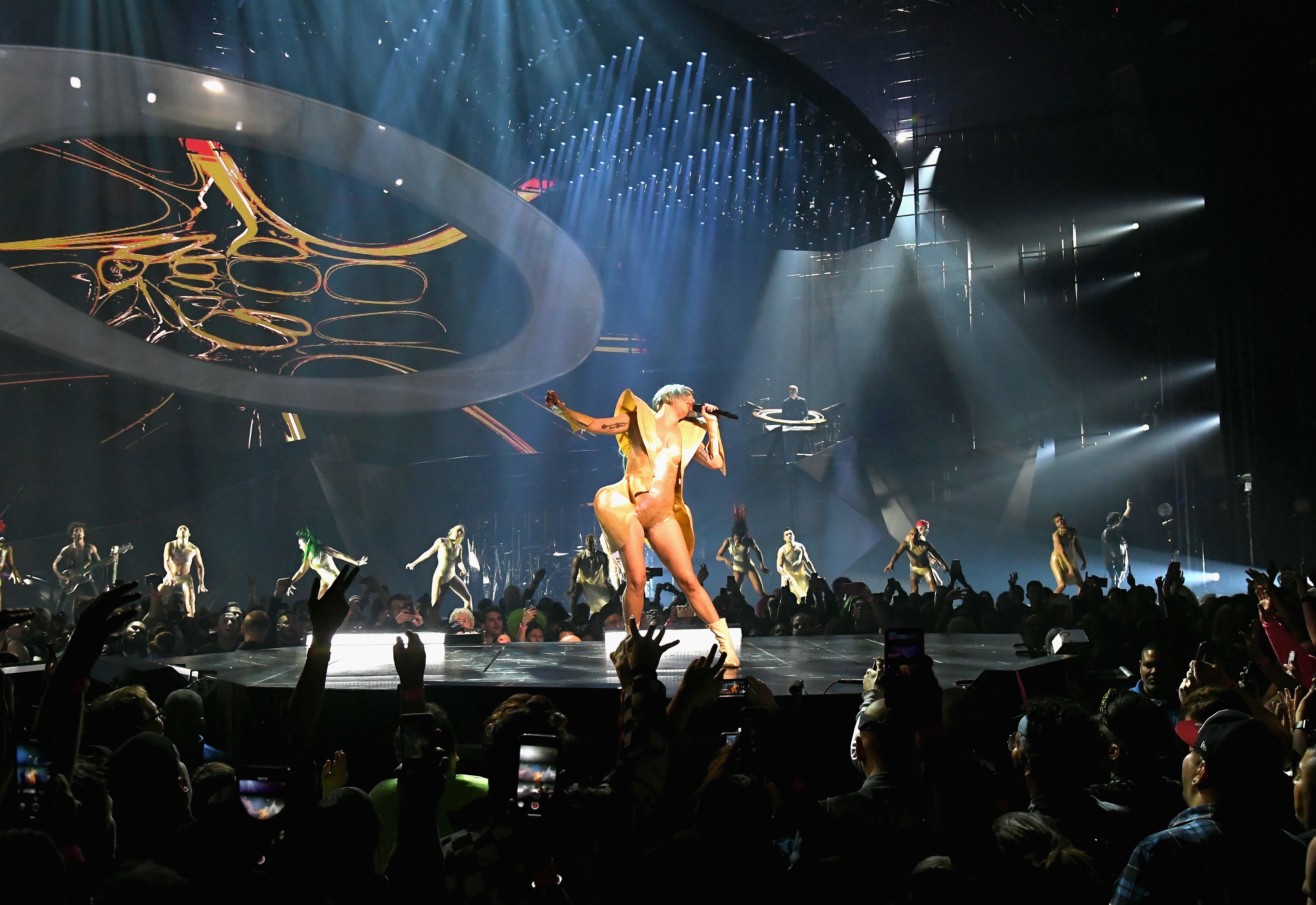 Creating a dramatic shape on the stage, Lady Gaga proved just how much of a chameleon she can be. 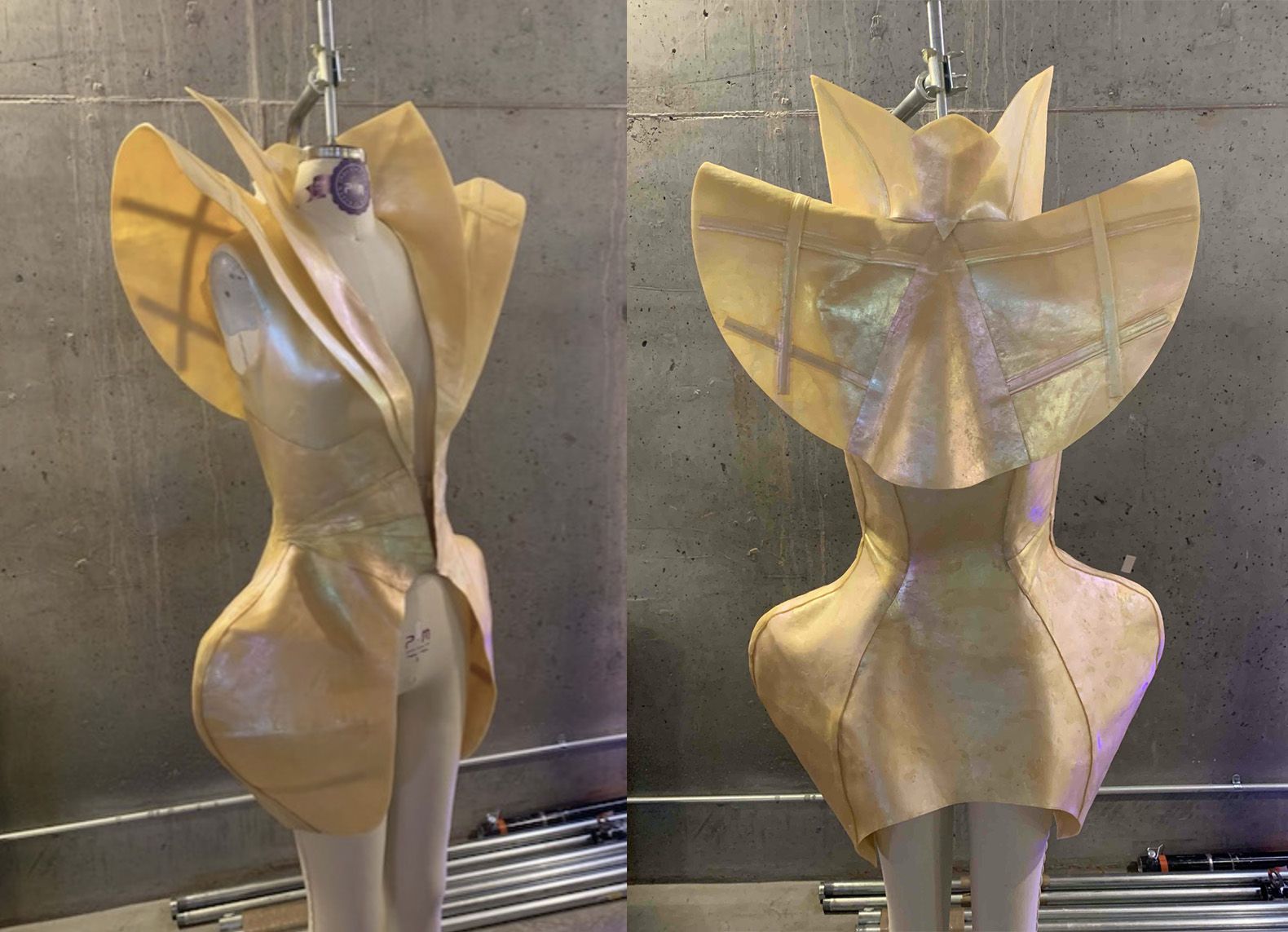 A closer look at Lady Gaga’s custom outfit, which was designed by Vex, highlights the bodysuit’s jaw-dropping iridescent sheen, with its collar creating the illusion of wings. 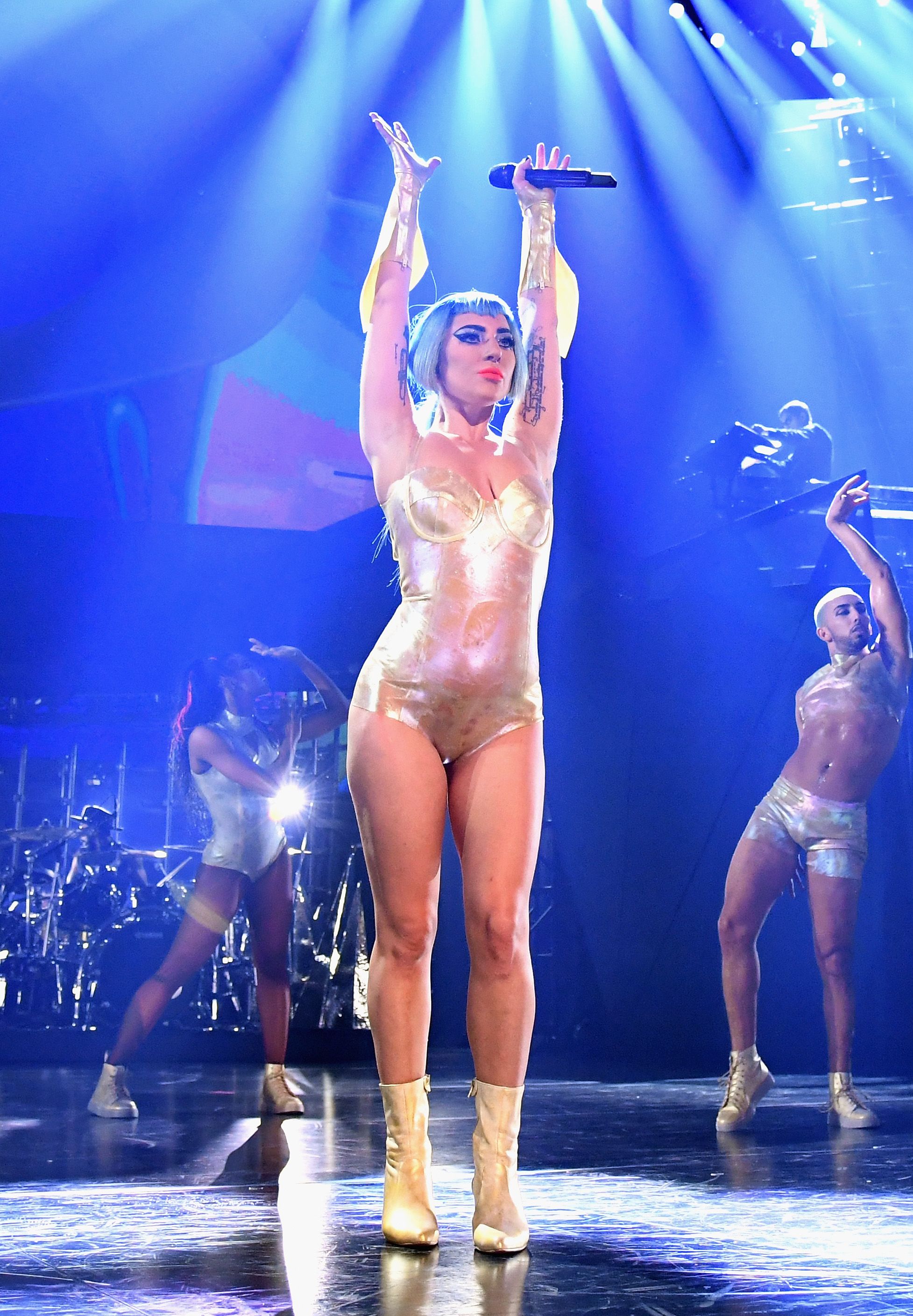