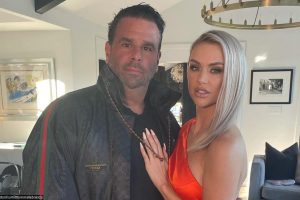 Not stopping there, the Give Them Lala CEO says that the movie producer invited the unnamed woman to live in his home ‘2 days after’ she left his place following their split.

AceShowbiz –Lala Kent offered further details about Randall Emmett‘s infidelity. The “Vanderpump Rules” star alleged in a lengthy Instagram comment that her ex-fiance hooked up with a 23-year-old girl in the month she gave birth to their daughter Ocean.

“Let’s talk about it. I was alone during most of my pregnancy and for the first 7 months of her life, until the mask fell and I saw who he really was,” Lala wrote underneath a post from mommy blogger Tina Swithin a.k.a. One Mom’s Battle. “He started a relationship with a 23 year old in march of 2021- the same month I gave birth.”

She went on to say that the movie producer and the unnamed woman “traveled together” while she was at home with Ocean. “I thought he was working, because that’s what he said he was doing,” the Give Them Lala CEO said.

Lala additionally said that Randall made it difficult for her to leave his Bel Air mansion following his cheating during October 2021 trip to Nashville. “After the pictures [of him with other women] surfaced, I tried to leave the home to gain clarity and avoid a toxic environment for my daughter,” she said, adding that her ex would “call the police” if she didn’t return home with their daughter.

“But if he felt we were good and we was in control again, I was able to leave the house,” the Bravo personality explained. Not stopping there, she said that Randall invited the woman to live in his home “2 days after” she left his place following their split.

Meanwhile, Tina showed support for Lala in a comment. “@lalakent it’s truly disgusting and playbook,” she wrote. “And, you [sic] going through it in the media spotlight under scrutiny so it adds another layer. We are cheering you and your daughter on, now and always.”

Lala broke off her three-year engagement to Randall last fall. The two are currently in a battle over custody and child support for Ocean.