Lauren London Gets Tattoo of Handwritten Note From Nipsey Hussle 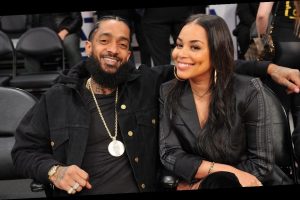 Lauren London is paying permanent tribute to her late love once again. London turned a love letter from Nipsey Hussle into body art as she had the personal handwritten note recreated in ink on her forearm.

Tattoo artist Steve Wiebe took to Instagram on Tuesday to show off his work with a photo of London’s arm, alongside the tattoo of Hussle’s face which she has inked on her other forearm, which Wiebe also created.

The sweet and concise personal missive reads, “2 Lauren you my heart love you more! – Ermias.”

Wiebe shared another pic to his Instagram story, which showed him delicately and carefully recreating the love letter on London’s arm. 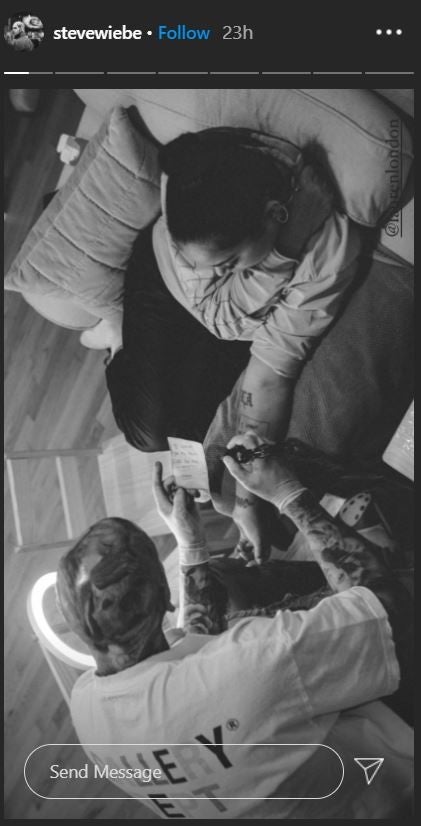 London first revealed her tattoo of Hussle’s face back in April 2019, with a touching Instagram message: “Real Love Never Dies. When you see me, you will always see him #LoveYouHussle.”

Hussle, whose real name was Ermias Asghedom, was shot and killed outside of his Marathon clothing store in Los Angeles in March 2019. He was 33.

London — who has one son with Hussle, 3-year-old Kross — has publicly and emotionally honored Hussle on multiple occasions in the time since his death, and has worked hard to keep his memory and light alive.

See the video below for more.

END_OF_DOCUMENT_TOKEN_TO_BE_REPLACED

END_OF_DOCUMENT_TOKEN_TO_BE_REPLACED
We and our partners use cookies on this site to improve our service, perform analytics, personalize advertising, measure advertising performance, and remember website preferences.Ok