Leah Messer: I’m Sick of All the Teen Mom Drama! 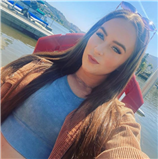 If you’ve been keeping up with the comings and going of the Teen Mom 2 cast lately, then you know that there has been just a heap of problems between so many of them.

In the past, Leah has had her fair share of problems — on the show, we’ve seen her deal with drug addiction, mental health issues, marital problems, family problems …

But over the past couple of years, she’s done a lot of maturing, and she’s grown a lot from the person she used to be.

Unfortunately, most of the other people on the show can’t say the same.

Kailyn Lowry and Briana DeJesus have hated each other for years now, and their feud got so bad that Kailyn tried (and failed) to sue Bri for defamation.

The case was just dismissed last month, and Briana threw a party over the weekend to celebrate — a party that was attended by former cast member Jenelle Evans and current cast member Jade Cline, because they both also hate Kail.

Leah did not attend, presumably because she’s always been friendly with Kailyn, even though they’ve been going through a rocky patch — more on that in a bit.

Ashley Jones, the last remaining mom in the current cast, is also friends with Kail, so she didn’t make it out either.

It’s strange to think about the early days of the show when all the moms were able to spend time together and seemed to be generally supportive of each other, because that’s certainly not the way things are now.

And that’s easier than ever to see in a clip from this season’s reunion.

In the footage, we see Dr. Drew say that Kailyn had decided to skip the taping and instead do a video call when it was time for her segment.

He asked Leah why he thought she’d made that decision, and Leah said she had no idea.

“You have no idea?” Jade asked with a rude look, and she and Briana started laughing.

Jade suggested that Kail didn’t want to show up because she doesn’t get along with Briana, and Briana agreed with that analysis while Leah insisted that she doesn’t talk to Kail as much as she used to so she’s really in the dark about her thought process.

Leah started to explain that she thought her issues with Kailyn began because she was friendly with Briana on the Teen Mom Family Reunion special and because she’d liked a post Briana made on Instagram about growth, but before she could get much further Ashley stood up and started walking offstage.

“I’ma let y’all talk about Kail without me because I don’t wanna be in none of that sh-t,” she told Dr. Drew, and Leah quickly agreed and walked off the set as well.

When they were gone, Briana said that she’d told Leah that they didn’t have to speak or interact at all if she thought it would damage her friendship with Kail, but then she asked why they were even talking about Kail because “she’s not even f-cking here.”

She also said that with Ashley and Leah walking away when the conversation turned to Kailyn, it made it seem like Kailyn was in control of everyone.

Not a great start to the reunion, right?

And in a lengthy statement Leah shared to Instagram after this clip started making the rounds, she agreed.

She started with a disclaimer, explaining that she wasn’t going to talk about this issue again and that if anyone had her phone number and wanted to discuss this matter, they should contact her directly — we assume this part is intended for Kailyn.

“I’m very disturbed by the clip I saw of the reunion,” she wrote. “Never did I imagine a show that was intended to inspire young women would turn into other women disrespecting, bullying/shaming and devaluing each other.”

“My job at the TM2 reunion or when I’m shooting for MTV/Teen Mom 2/TMFR is to show up, complete my segments/scenes to collect my [money] & get back to my children,” she continued. “THAT IS exactly what I will continue to do.”

“I’m not being ‘controlled’ by anyone or following anyone else’s lead. Questions that I am asked during my segments — I will always been it 100 and answer them honestly.”

She said that she won’t put up with “disrespect on stage or ‘mean girl’ behavior, especially when someone being discussed is not present to defend themselves.”

“I have three DAUGHTERS at home where female empowerment is something we believe in, even when you may not see eye to eye with another woman,” Leah went on.

“You never know when someone may be going through something they might not be speaking on. I will always empower and support women.”

As for the situation with Kailyn, she admitted that their friendship “has been rocky,” and explained that she got friendly with Briana during the taping of Teen Mom Family Reunion and that because they’d done “therapeutic activities” and spoken with a life coach, she “believed we all left on the same page.”

That’s why she liked that Instagram post of Briana’s about self-growth, but the problem was that “I was unaware at the time that a fat-shaming situation had occurred between Briana and Kail.”

So it sounds like Kailyn saw Leah liking posts from Briana right around the time that she’d sent her that treadmill, which was absolutely fat-shaming, and it hurt her feelings — makes sense, right?

Leah seemed to agree, stressing “It should be known that I don’t and will never support fat shaming or bullying in any way, shape or form. This caused tension and hurt feelings that I hope can one day be resolved.”

She finished her rant by saying that she’s “sick and tired of being brought into this drama, having my kindness taken for weakness or being put in a position to where it seems as though I need to choose someone’s side.”

Since she’s such a Teen Mom 2 veteran — once Kailyn leaves, she’ll be the only original cast member left — she said that she knows “what the show is supposed to be about,” but that “all of it is taking a twisted turn and it saddens me.”

“I’m going to continue to take care of mine and say out of the way,” she concluded. “I’m going to speak on my personal life experiences and the journey which all of you have followed over the years. While I also wish everyone of my coworkers the best moving forward.”

Honestly? Good for her.

Jade and Briana’s behavior during the reunion clip really did give off those “mean girl” vibes, and if Leah wants no part of it, then that’s just another sign of how she’s grown.

Hopefully she can mend her friendship with Kailyn if that’s important to her, but if she just continues to stay in her lane and do her job, then we’d be happy for her for that, too.

Who would have thought Leah would be voice of reason in the Teen Mom 2 cast?