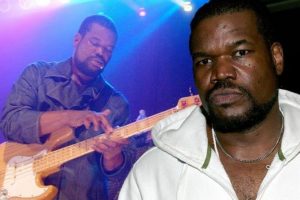 Leonard Hubbard, the Roots bassist who spent 15 years in the Philadelphia Collective, has died aged 62. The Philadelphia Inquirer reported he died from multiple myeloma, a type of blood cancer.

He didn’t suffer a lot.

Philadelphia’s ABC 6 first reported the bassist’s death on Thursday, with the star having battled cancer since he left Roots in 2007.

She added that he was hospitalised Wednesday night and that he was “energetic and mobile” before he was suddenly unable to move.

The Roots released a statement on Twitter in view of their 279,100 followers.

It read: “It’s with the heaviest of hearts that we say goodbye to our brother Leonard Nelson Hubbard.

“May your transition bring peace to your family, to your friends, to your fans and to all of those who loved you.

Many fans took to the comments to share their condolences for the late star.

JeanieGirl7 added: “Wow. My condolences and prayers to his family and close friends.

Leonard joined The Roots in 1992 just as the group, then called Square Roots, was near their big break.

At the time, the group was led by founding members Tarik “Black Thought” Trotter, Ahmir “Questlove” Thompson and rapper Malik B, who died in 2020.

Their debut LP was released in 1993, titled Organix.

Leonard remained a key member of the group for the next 15 years, appearing in the bands following six albums.

The last release he was a part of with The Roots was their 2006 record, Game Theory.

Leonard ultimately left The Roots in 2007 after he was diagnosed with multiple myeloma.

Following his exit from the band and his diagnosis, Hub reunited with The Roots numerous times.

In 2010, he appeared on stage with his former band and singer John Legend.