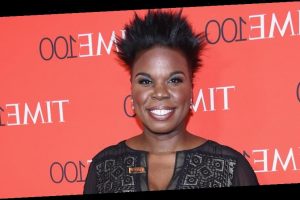 Leslie Jones is opening up about the advice she would give her younger self about going to a protest for the first time.

The 52-year-old comedian spoke during an appearance on Late Night With Seth Meyers this week, and revealed that she once took a sledgehammer to one when she was just 22, which caused destruction.

She adds, “I remember I broke—and I have to tell you this—it was a supermarket and there was a chain fence and they couldn’t get it open. So, I came with my sledgehammer and…it went open and everybody was like, ‘Yeah!’”

However, while she was praised by her fellow protesters, Leslie looks back at the decision to take it and cause destruction a bad one on her part.

“I can laugh about it now, but imma tell you, I didn’t laugh when I was riding through my city after that and seeing burnt down buildings and having nowhere to shop,” she shared. “And, you know, seeing black people crying about their business being burnt down. It wasn’t funny then, you know?”

Leslie added, “So, I think I would say to my 22-year-old self, ‘What do you think you’re gonna change by going out there with that?’”

If you didn’t see, this one celebrity made waves on social media with what they did at a protest this week.