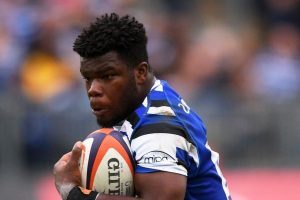 Rugby player and Celebrity X Factor star Levi Davis has been missing since late October, with his rugby team later issuing a plea for information about his whereabouts.

Now, police investigation the star's disappearance have offered a £10,000 reward for anyone who can provide information leading to Levi's safe discovery.

The last confirmed sighting of Levi was while he was leaving the Old Irish Pub off Barcelona's La Rambla around 10pm on October 29.

He had travelled to Europe to take a break from rugby following an injury. He had remained in contact with his mother while abroad, and had even sent her a video the same day he went missing.

The Mirror reports that along with a reward being offered, police and Levi's family have been working with private investigator Gavin Burrows.

The outlet also reports that the sportsman's mother Julie has recently flown out to Barcelona to help with this investigation.

Police previously confirmed that they discovered Levi's passport in Barcelona's port area, although no further information on its location has been shared with the public.

At the time a spokesperson for the Mossos d’Esquadra police force told The Sun: "I can confirm it was found in Barcelona Port. I am not in a position to give out any more information on exactly where or when it was found."

Following this discovery Levi’s mother has grown increasingly concerned about her son’s welfare, telling the MailOnline: "This is a very worrying development because you cannot do anything in Barcelona without a passport.

"Besides travel, you cannot book into a hotel or even rent somewhere without one. We know that his phone and two bank accounts have been untouched since he disappeared and so this is another blow.

“There have been a few sightings of someone looking like Levi near La Boqueria Market and the Arc de Triomf monument over the last week but sadly we are not sure it's him.”

Levi's agent and close friend Tom Varndell said that he has also been made aware of a couple of potential sightings of his missing friend.

Tom said: "They said, ‘I shouldn't have told you anything in the first place, but I saw the tweets and felt bad.’

"They said he was seen at Placa Sant Agusti this morning (Monday, November 14), which is usually transited by homeless people.”

Tom shared that the eye witness reported Levi looking "lost and confused" in the tourist area in Barcelona, and that the information had been shared with West Midlands Police and the Spanish Police force.