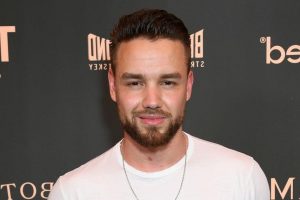 Six months after putting his foot in his mouth on Logan Paul’s podcast, Liam Payne has responded to the backlash he received while also asking for forgiveness.

The former One Direction band member shocked fans earlier this year after making what seemed like controversial comment after another.

The father-of-one was appearing on Logan Paul’s Impaulsive podcast at the time, where he claimed that One Direction was built around him as the frontman.

Liam, 29, also claimed that his debut single, Strip That Down, outperformed all of his former bandmate’s similar releases.

He also hit out at Zayn Malik, branding him with obscenities before moving on to how he also had issues with Louis Tomlinson.

Now, after the dust has settled, Liam has responded to fan backlash while watching England lose against France in Saturday night’s World Cup match.

Liam took to his Instagram story during the game to bizarrely question whether fans would blame him if England lost.

He penned: “It got quite dark for me for one point when you guys turned on me. I didn’t leave the house for 3 months.

“Never had a bigger chip on my shoulder and I’m really glad to lose it.

“I’m hoping that you guys can forgive me in time because we’ve been through far [too] much but the jokes are funny keep em coming.”

Back in June, after branding Zayn a “d***k”, Liam continued: “If I had to go through what he went through – with his growth and whatever else. My parents are overly supportive to the point where it’s annoying at times. Zayn had a different upbringing in that sense.

“But at the end of the day, once you’re understanding what he’s been through to get to that point – and also whether or not he wanted to be there.”

Liam also touched on Zayn’s alleged meltdown at his ex-girlfriend’s mum, Yolanda Hadid, and scathed: “Listen, I don’t agree with any of his actions.

“I can’t commend some of the things that he’s done. I can’t be on his side for that. What I can say is I understand and your only hope is that at some point in their life, the person at the other end of the phone wants to receive the help that you’re willing to give them.”

Arguably the most viral moment came when Liam described the moment one of his bandmates pinned him against a wall, which prompted him to utter the now-viral phrase: “So I said to him, ‘If you don’t remove those hands, there’s a high likelihood you’ll never use them again'.”