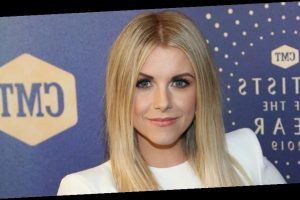 Lindsay Ell is opening up about being a survivor of not just one, but two rapes.

The 31-year-old country singer talked to People about her experiences as she drops a special new song dedicated to rape survivors.

“I was raped when I was 13, and it happened again when I was 21,” Lindsay says. “The song only talks about the first time. It’s just a difficult thing to talk about, and it’s something that I process every day still.”

She continues that “part of me talking about it now is liberating the little 13-year-old Lindsay and the 21-year-old Lindsay. Pain is something we can let control us if we don’t deal with it, but the minute you put a voice to your story the shame has no power.”

Lindsay says that when she was 13, she was groomed by a man in her church whom her family knew and he eventually raped her.

“I felt like I had really messed up, that everybody was going to judge me and that the rest of my life was ruined,” she revealed and added that she was 20 when she finally told her parents about it.

“They had no idea it happened, and they were absolutely horrified,” she says. “I’m so grateful towards both of them because they helped me not go into any unhealthy mechanisms to cope.”

Then, when she was 21, she was raped again, only saying that the second time was “different” and “a lot more violent.”

Lindsay has just released “make you”, as a tribute to survivors.

“I wanted to release it on Global Forgiveness Day. Forgiving people in our past is a huge thing for whatever reason, but forgiving yourself is so important,” Lindsay shared. “There’s an incredible amount of healing that can happen, and it can’t happen until you can truly open up that forgiveness for your own heart.”

Listen to the song below.

This other singer also opened up about her rape.