Lollapalooza 2020 Officially Canceled Due To Coronavirus 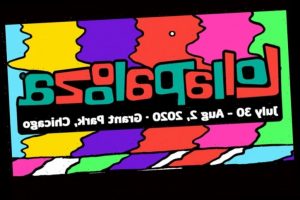 Lollapalooza 2020 has been officially canceled due to the ongoing coronavirus pandemic.

“We wish we could bring Lollapalooza to Grant Park again this year, but we understand why things can’t move forward as planned,” Lollapalooza organizers said in a statement.

The organizers promised that they will be working hard behind the scenes “to deliver Chicago a spectacular celebration of Lollapalooza’s 30th anniversary in the summer of 2021.”

However, to honor the Lollapalooza tradition, a virtual event will be held from July 30-August 2 this year, when the festival was originally scheduled. The full schedule will arrive next month.

Lollapalooza confirmed their decision after Chicago Mayor Lori Lightfoot announced that all large, permitted outdoor events in the city have been canceled through Labor Day, September 7.