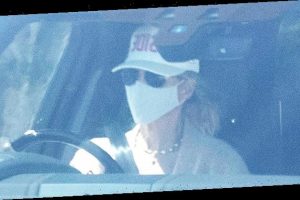 Lori Loughlin has been spotted for the first time since being reunited with husband Mossimo Giannulli following his early prison release.

Lori Loughlin  has been photographed for the first time since her husband Mossimo Giannulli  was released from prison to home confinement on Apr. 2. The former Full House star was photographed behind the wheel of her SUV in Calabasas, CA on Thurs. Apr. 8. The 56-year-old appeared to be solo inside her vehicle, yet still wore a white protective face mask, dark sunglasses and a white baseball cap to cover her famous face. She had her hair pulled back in a pony tail and wore a stylish beaded necklace. 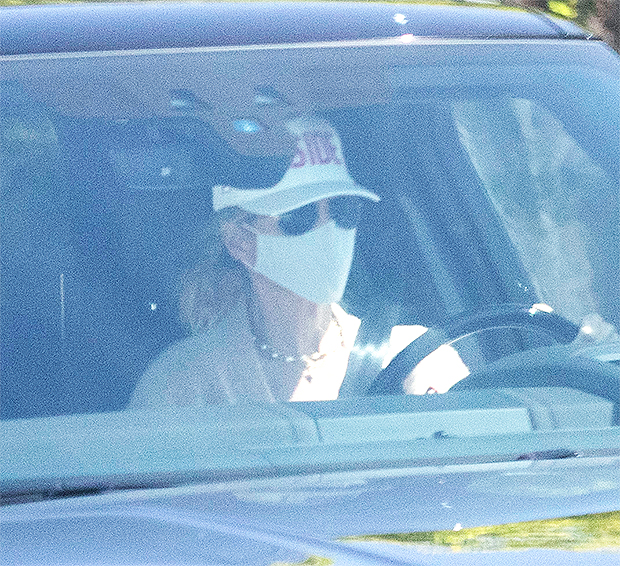 Mossimo was originally sentenced to five months in prison stemming from the college admissions bribery scandal, and had be due for release on April 17, 2021. The 57-year-old had been in a federal corrections facility in Lompoc, CA, where he began serving his sentence on Nov. 19, 2020. Lori completed her two month sentence in the college admissions scandal on Dec. 28. The couple is now back together for the first time since Lori entered the Federal Correctional Institution in Dublin, CA outside the Bay Area on Oct. 30, 2020.

The couple pled guilty in May 2020 to one count of conspiracy to commit wire and mail fraud by paying college admissions counselor Rick Singer over $500,000. That money was later used to bribe coaches at U.S.C. to admit their daughters Isabella, 22, and Olivia Jade, 21, as crew recruits, despite neither girls being student athletes. Mossimo’s sentence was longer as he also pled guilty to a second charge of honest services wire and mail fraud. 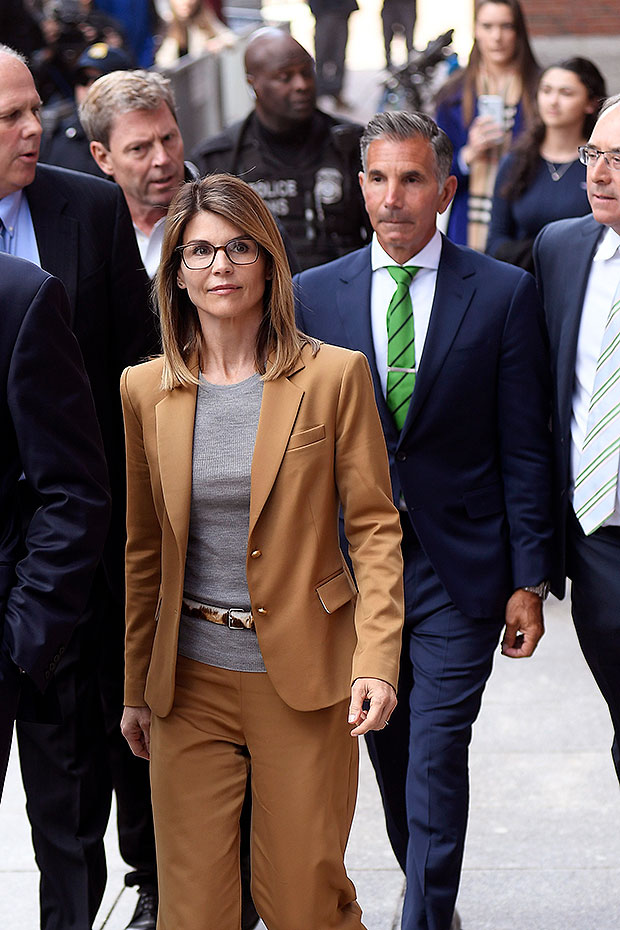 Mossimo’s children — his 30-year-old son, Gianni, as well as Isabella and Olivia Jade  — came to pick up their dad from the prison institution north of Santa Barbara on April 2. The girls made a last-minute decision to tag along, as they “jumped into their brother’s truck to surprise Mossimo,” according to Gianni’s interview with Extra. The fashion designer is now under home confinement and wearing an ankle monitor until Apr. 17, which would have been his prison release date.

The couple already paid their fines in the case in Nov. 2020, with Lori settling up a $150,000 tab while Mossimo paid $250,000. That’s pennies compared to the couple’s estimated $88 million net worth. Since her release, Lori has gone about working on her 100 hours of community service that came along with the guilty plea. She was photographed on Mar. 3 delivering meals for the L.A. based charity Project Angel Food. Mossimo gets to begin working on completing his 250 hours of community service once Apr. 17 passes.