Home » Celebrities » Louise Redknapp tipped to join I’m a Celebrity… Get Me Out of Here! line-up

Louise Redknapp tipped to join I’m a Celebrity… Get Me Out of Here! line-up 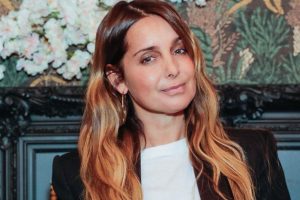 Louise Redknapp has been tipped to join the line-up of I’m a Celebrity… Get Me Out of Here!

Following a flurry of bets, BestofBets.com have pegged Louise as the bookies favourite to enter the Welsh castle.

The odds of Louise joining the line-up were slashed from 28/1 to 6/4 as they anticipate she could make an appearance on the hit ITV show next month.

A BestofBets.com spokesperson said: “Louise has always been high on I’m a Celebrity’s wanted list and the odds are tumbling.

"She’s touched on the subject of joining the line-up a couple of years ago but nothing came out of it.”

Louise, 46, was reported to be “shocked” after her ex-husband, Jamie, married Frida Andersson earlier this month.

According to the betting expert, this recent surprise has only added to the rising speculation that Louise is keen to join the next series of the show.

The spokesperson continued: “However, perhaps now, as her ex, Jamie Redknapp is making all the headlines following his marriage to Swedish model Frida, a stint on I’m a Celebrity would be the perfect opportunity for Louise to create her own.”

The bookies second favourite to join the line-up for the twentieth series is the Made in Chelsea star, Jamie Lang. The reality star, who appeared on Strictly Come Dancing last year, had an increase in bets to see his odds soar from 12/1 to 5/1 in recent weeks.

The football icon, Paul Gascoigne, is also tipped for I’m a Celebrity, as he previously appeared on the Italian version of the show.

The Best of Bets expert continued: “Following his stint on Italian versions of I’m a Celebrity, football legend Paul ‘Gazza’ Gascoigne is also rumoured to have signed up for this year’s Wales edition.

“It’s well known that Gazza has been close to signing up to the hit show previously but because of concerns that he hasn’t been in the best shape, he had to back out.

“Hopefully this could be the year when he proves people wrong.”

Ant and Dec recently teased how “amazing” the line-up is for the new series, in a video on their Instagram that recorded their reactions to each new campmate being revealed.

Stay up to date with all the latest on I'm A Celeb by signing up to OK!'s daily celebrity newsletter.