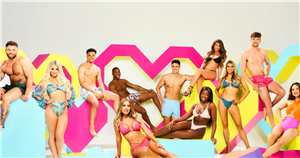 Former Love Island psychologist Honey Langcaster-James has shared her advice for applicants who have their sights set on the series.

Honey, who is the founder of On Set Welfare which has worked behind the scenes of reality shows including Channel 4's The Circle, Made in Chelsea and Big Brother on Channel 5, exclusively revealed to OK! what people should consider before sending off their application.

Love Island bosses opened applications in January for singletons to find love on the upcoming series as they shared a familiar snap of the daybeds at the villa, over which they wrote: "2022 apply now."

In the caption, they continued: "Happy New Year! [stars emoji] Now, who fancies spending summer in paradise, with the hope of finding love?" followed by a pink heart emoji.

They went on to declare: "Applications are officially open for #loveisland 2022. Get grafting and apply now by clicking the link in bio."

Honey, who is also working on the Skills For Life campaign for the Department of Education, shared her expert advice with OK! and revealed how assessing your support network is key.

She said: "The first thing I would say is really take a lot of time to reflect upon what your true motivations are for going on the show and then really try and take a realistic assessment as to whether those goals that you have are actually likely.

"For example if you look at the hundreds now of people who have been on reality programmes the vast majority of them go back to their everyday lives."

While stars such as Molly-Mae Hague have launched successful careers, others such as medical student Priya Gopaldas, who returned to working in a hospital, along with Georgia Townend, who is a marketing executive at Lidl, have returned to careers out of the spotlight.

Honey added: "Sometimes that can be quite difficult for them to do because they sometimes feel embarrassed that once they have been on a high-profile show they can't just go back to their everyday job or whatever.

"I would say to also think about the worst case scenario. Consider what the worst that could happen could be. Somebody who you know and care about sells a story about you or maybe shares some pictures that you don't want your mother to see?

"Think about what the worst case scenario is and then think about how you would cope with that and whether that is something you really want to take a chance with."

She ended: "Then I would say to think about what kind of support you have in place in your everyday life and whether there are people who will still treat you like you are because if you do go on a high-profile show and if you do develop a big following life can get a little bit crazy for a while so it is important to have people around you that can keep you grounded."

Unlock your potential and make your career work better for you. Discover hundreds of opportunities to learn new skills at gov.uk/SkillsforLife – from free careers advice and short courses, to advanced qualifications and on-the-job training.