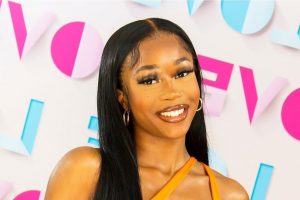 Salma Naran's friends have joined a tirade of fuming fans demanding more air-time for the model during this year's Love Island.

The 20 year old stunner, who is an influencer from Dublin, Ireland, joined the show earlier this week as one of six new bombshells to test the male Islanders' relationships.

However, with fans questioning whether the beauty is still in the villa due to her lack of air-time, her friend and hairstylist Deborah Soso has also expressed disappointment at not seeing more of "lovely and bubbly" Salma on screen.

"I wasn't watching Love Island until Salma was on it," she told The Daily Star, adding: "She's not getting enough screen time, and it's really annoying to Irish people."

Deborah added that Salma's friends had plans to tune into the show to "root" for Salma but so far haven't seen much of her.

Salma's best friend Ionela De Almeida also added her concerns about her lack of screen time, adding that she should be filmed "even if it was her in a conversation with the girls or doing her makeup".

"I'm hoping for anything at this point. I just want everyone to get to know the person she is, at least."

Salma has failed to feature in any major scenes, with producers focusing more on the blossoming romance between Liam Reardon and Lillie Haynes.

Significant screen time has also been given to Toby Aromolaran who shared a bed with Mary Bedford despite recently dumping Chloe Burrows for Abigail Rawlings.

Taking to Twitter, show watchers demanded that Salma get more action, with one fan even begging producers to give the model "at least two seconds" of screen time.

Speaking before her entrance into the villa, Salma said she would bring "a lot of vibrant energy" into the villa and can't wait to meet The One.