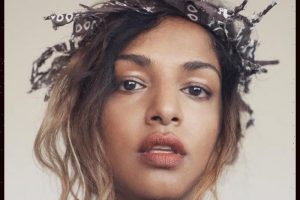 M.I.A. recently released a new single, “Popular,” from her upcoming album MATA, her first since the release of AIM in 2016.

M.I.A. had teased the song on her official Instagram page on August 10. “MIA IS DEAD AF, THE FUTURE IS HERE ITS MAI BITCHES [sic].” she captioned her post.

M.I.A. tagged Diplo in the video, and wrote in the comments section, “This is not me i would never make a song with Diplo. I’m working on a Christian LP rn.”

M.I.A. has not yet announced a release date for the MATA record.