Home » Celebrities » Madison LeCroy: Did She Cheat on Austen Kroll… with a Married Athlete?

Madison LeCroy: Did She Cheat on Austen Kroll… with a Married Athlete? 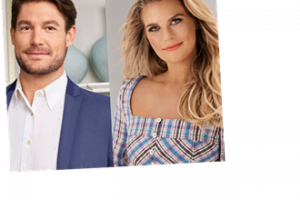 A bomb is is about to be dropped on the Southern Charm reunion special.

Right in Madison LeCroy’s lap, too.

In a sneak peek at the Southern Charm cast coming together, via Zoom, Craig Conover comes right out and trashed Madison as  “f–king home-wrecker.”

He gets into specifics behind this accusation, as well, stating that LeCroy allegedly earned this insulting title when she cheated on his best friend, Austen Kroll, with a married Major League Baseball star.

“You were flying around the country sleeping with men, married men!” Craig says in the clip, which was first posted by Entertainment Tonight.

“Ex-MLB players. That’s what you were doing during quarantine. You know why Austen was at my house? Cause you weren’t talking to him!

“You flew to Miami to f–k an ex-MLB player.”

LeCroy, as you might expect, strongly denies this claim.

“Put me on a lie detector test… I never flew to Miami. Where’s the record of that?” she says in response, angry and defiant.

Kroll, for his part, insists that Craig’s accusation represents the “goddamn truth.”

Conover goes on to allege that LeCroy proudly showed off Instagram messages with the former pro athlete, whose name is never mentioned on air.

Fair enough, Madison admits at one point, did she have contact with this individual on social media — but the relationship never extended beyond that, she says on the special.

At another point,, host Andy Cohen says the athlete is “a very famous, married ex-MLB player.”

Craig goes so far as to call Madison a “f–king homewrecker” and tells the group, “She’s trash and I hate being on the same stage as her.”

LeCroy, of course, made headlines this week for a different relationship with a different professional athlete.

She attacked Jay Cutler a few days ago, exposing text messages the ex-quarterback sent her in an attempt to make Cutler look bad in the wake of his divorce from Kristin Cavallari.

It was a strange move from Madison, who previously told Cohen she wouldn’t “kiss and tell” when asked about any connection to Cutler.

This apparent admission spurred a response from Kristin and Jay, who posted a photo of themselves together with the caption:

LeCroy, however, says she was never trying to break anything.

She went public with Cutler’s texts, we think, to make it evident that he was the one pursuing her.

As for how the argument between LeCroy and Conover will end?

The fiery Southern Charm reunion airs on Bravo this Thursday at 9 p.m. ET/PT.