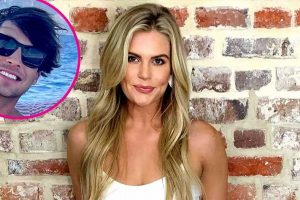 Desert heat! For the first time, Madison LeCroy opened up about her instant chemistry with her new boyfriend, telling Us Weekly exclusively how and when they met.

“A little over two months ago I was visiting Scottsdale, Arizona, with a bunch of my girlfriends for a Bachelorette party. He was there for a friend’s birthday party,” the hairstylist, 30, said on Tuesday, June 15. “I did not know him at this time, but I go into this bar and we immediately lock eyes from across the room. It was, like, instant. And I mean you really can’t miss him. … He’s absolutely stunning.”

The Southern Charm star noted that her new love, whose name she is keeping private at the moment, is 6 foot 3 inches so she was easily able to find him in the bar. 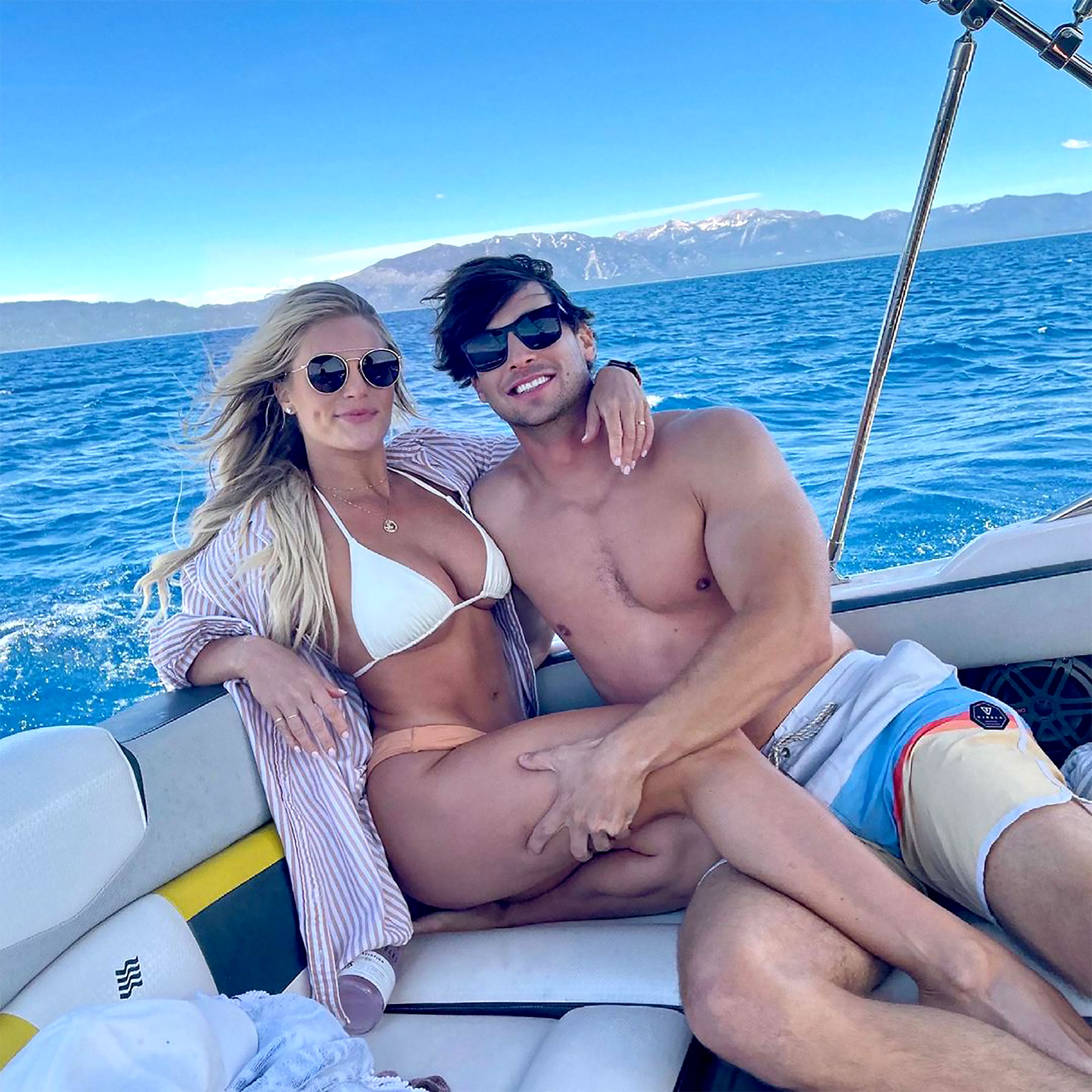 “We lock eyes instantly and the bride says, ‘Hey, let’s go across the street.’ And I’m thinking in my head, ‘Oh, my God. Damn it, I wanted to talk to that guy,’ but I wasn’t going to walk up to him,” LeCroy recalled, explaining that she decided to wait in the front of the bar while two of the girls in her group went to the restroom. “The next thing I know I see him, like, b-lining [toward me] and I’m talking at a fast pace and I’m looking at my friend like, ‘What is this guy about to do? Like I’m nervous.’ Yes, he makes me very nervous. And he comes up to me and he’s like, ‘What is your name? I’ve got to take you out. I need your number. I’ve got to see you again.’”

The TV personality explained that the No. 1 rule at a Bachelorette party is you “never break away from the group,” so she had to leave, but not before giving him her number.

“I said, ‘You can take me out, but you’ll have to take me out in Charleston, South Carolina.’ And he says, ‘I’m fine with that. When are you available?’” she told Us, noting she told him she was free starting on Monday or Tuesday after the girls’ trip. “So then, Sunday I fly back to town, and he sends me a video and he goes, ‘Charleston is beautiful. The weather is great here.’ And I’m, like, ‘No f–king way did this guy just show up here.’ So, you know me and all my gays, we start doing background checks and we start running his number and making sure he’s not a serial killer or anything.”

One day later, the pair went on their first date in Charleston and “fell in love instantly,” LeCroy told Us, adding, “We had been together pretty much non-stop since then.”

The lovebirds live in separate states, but that hasn’t stopped the Bravo star from traveling back and forth to see him over the past few months.

“This is definitely the most grown-up relationship that I’ve ever been in and it comes with a level of respect on both sides and he’s actually a man,” LeCroy explained. “He’s 35 so yeah, he has his s—t together and is very respectful.”

The stylist, who is currently working on opening a new salon, revealed that she’s already met his family. “He will soon be meeting my family and he’s met my son,” she said. “[It’s] going very, very well, and even my ex-husband approves.”

LeCroy shares 8-year-old son Hudson with ex-husband Josh Hughes, whom she split from in 2015 after five years of marriage. 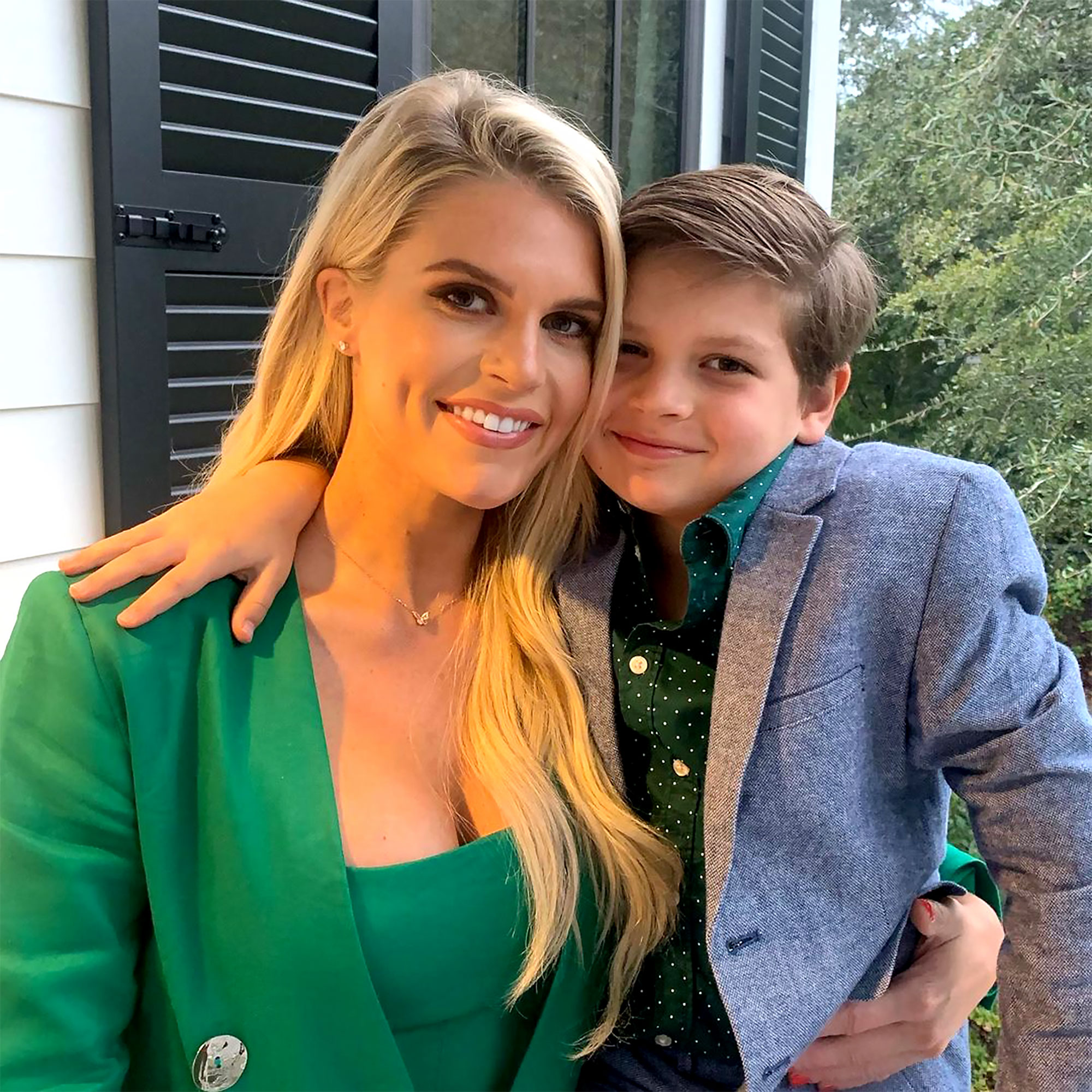 “My son’s father knows a lot about him through my son and my son saying that I seem happy and he’s really nice to mom, and all these things,” the entrepreneur told Us. “One of my favorite things about him was on Mother’s Day, he sent flowers to my house and said that they were from my son. Very sweet. Very thoughtful. And his family’s wonderful as well. I’m very excited about this.”

When it comes to her ex-boyfriend Austen Kroll, however, her new man hasn’t met him just yet. LeCroy exclusively confirmed to Us in December 2020 that she and the Kings Calling Brewing founder, 33, were no longer together after dating on and off for two years.

“I haven’t had anyone not approve so far. And this goes with all my friends and everything,” she added of her new beau, whom she introduced to her Instagram followers earlier this month. “Let’s be honest, since Austen, I don’t ever really claim [anyone] to be my ‘boyfriend.’ If it’s a fling, it’s a fling, but yeah I consider him that person.”

Following her split from Kroll, LeCroy made headlines for her brief relationship with Jay Cutler. The duo were linked in January, but after the reality star seemingly shaded Cutler’s estranged wife, Kristin Cavallari, because of the Laguna Beach alum’s friendship with her ex Kroll, they fizzled out.

The same month, the South Carolina native was accused of sleeping with an “ex-MLB player” by her castmate Craig Conover at the season 7 Southern Charm reunion special. The Southern belle denied the allegations, but later confirmed that Alex Rodriguez was the man Conover, 32, was referring to.

She maintained in February that the pair never got “physical” amid Rodriguez’s engagement to Jennifer Lopez. The former Yankees player, 45, and the “Jenny From the Block” singer, 51, however, split three months after the scandal broke. Lopez has since moved on with ex-fiancé Ben Affleck.