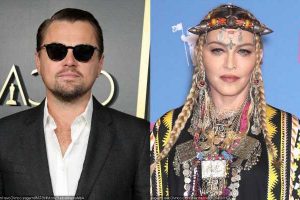 The 64-year-old Queen of Pop has been unveiled to have dated men who are at least 28 years younger than her since her 2008 divorce from Guy Ritchie, who is 10 years younger.

AceShowbiz –Madonna‘s dating history has been compared to Leonardo DiCaprio‘s. Social media users have found the similarity between Madge and Leo’s “dating rule” as they found out that the Queen of Pop has only been dating men at least 28 years younger for nearly two decades.

Page Six reported on Wednesday, September 14 that the 64-year-old pop star has dated men a minimum of 28 years her junior since her 2008 divorce from Guy Ritchie, who is 10 years younger than her. Her current beau, model Andrew Darnell, is 41 years behind her. At just 23, he falls right between her 25-year-old daughter Lourdes Leon and 21-year-old son Rocco Ritchie.

Prior to dating Andrew, Madonna was romantically linked to dancer Ahlamalik Williams, who is 36 years younger than her. In 2018, Madge also dated model Kevin Sampaio, who is 28 years younger.

According to a friend, Madonna indeed loves to date younger men. “She likes the idea of a guy being younger than her daughter. It announces her desirability to the world. Some people may see her as a vampire, feeding off of the young, but, in her mind, she is forever youthful and this helps to prove it,” the “Like a Virgin” hitmaker’s pal told the New York Post.

Upon learning of what appeared to be Madonna’s dating rule, social media users turned to Twitter to pour their thoughts, with many comparing it to Leonardo’s. “Since 1998, Leonardo Dicaprio only dates chicks at most 25 year old,” one person tweeted. A second chimed in, “Did Leo learn it from her? I mean, he loves dating women who are under 25.”

Someone else pointed out, “I guess that means Madonna likes her men slightly older than Leonardo DiCaprio like his women,” while another simply replied to Page Six’s tweet with a GIF of the “Titanic” star laughing while holding a glass of what appeared to be champagne. A separate user added, “If Leo can do it… So can she. In other words. If she doesn’t bothered by it, why would anyone else do.”

Leo’s rumored dating rule made headlines lately following his recent split from Camila Morrone, who turned 25 years old on June 16, and his attempt to pursue Gigi Hadid, who is 27 years old. Even Kenan Thompson made a savage joke about Leo’s alleged desire to date younger women at the 2022 Emmys.

During his opening monologue, Kenan hilariously mocked Leo’s dating life while discussing Zendaya Coleman‘s age. “Zendaya just turned 26 last week, happy birthday. 26 is a weird age in Hollywood,” the “Saturday Night Live” star told the audience, before joking, “I mean, you’re young enough to play a high school student but too old to date Leonardo DiCaprio.” The gag was met with gasps from the audience, while the “Euphoria” star buried her head in her hands to hide her reaction. Leo was not in attendance at the ceremony.