Home » Celebrities » Mammoth WVH Earn Second No. 1 On Mainstream Rock Airplay Chart With ‘Don’t Back Down’

Mammoth WVH Earn Second No. 1 On Mainstream Rock Airplay Chart With ‘Don’t Back Down’ 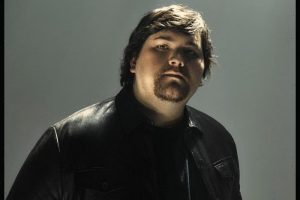 Mammoth WVH have earned their second No. 1 on Billboard‘s Mainstream Rock Airplay chart thanks to “Don’t Back Down.”

The band’s “Distance,” a song written in tribute to Van Halen’s late father and rock legend Eddie Van Halen, had reigned the chart for two weeks in February and March.

“Don’t Back Down” and “Distance” are from Mammoth WVH’s self-titled debut album. The set debuted at No. 1 on the Top Rock Albums and Hard Rock Albums charts dated June 26 and has earned 68,000 equivalent album units to date.