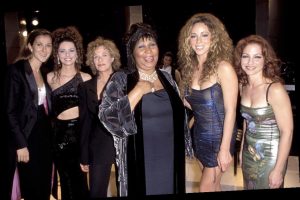 Singing sensation Mariah Carey just released her memoir, The Meaning of Mariah Carey. In the personal book, she dishes about how international superstar Celine Dion tried to upstage the Queen of Soul herself, Aretha Franklin. The “All I Want For Christmas Is You” darling is referring to their performance on the VH1 Diva’s Live special. She describes the experience as “horrifying,” but in actuality, the whole night was magic. 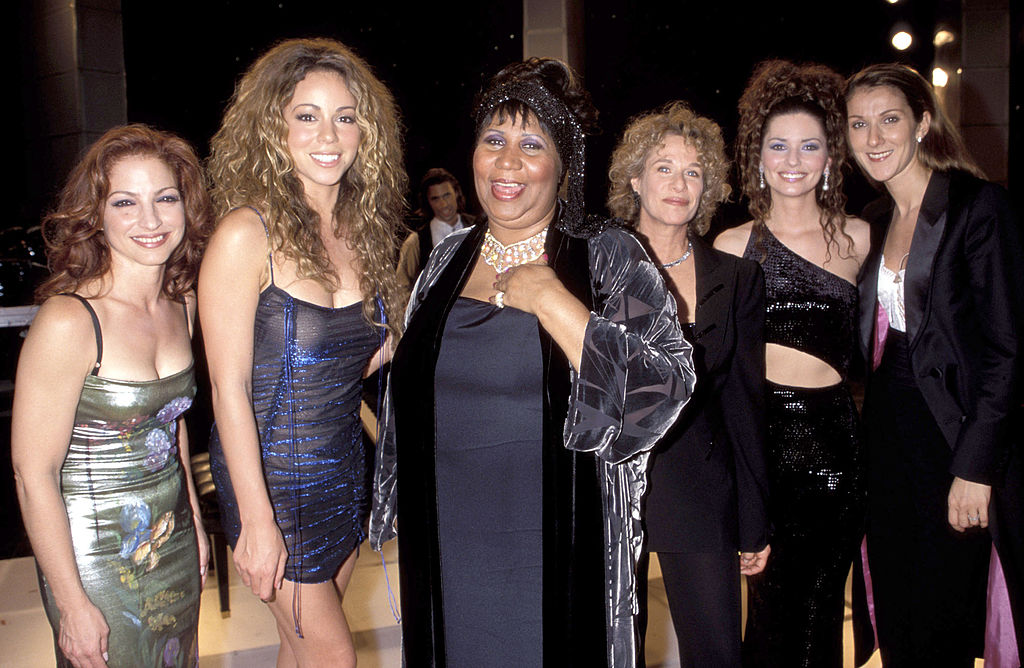 In 1998, some of the biggest female stars in the music industry gathered at the Beacon Theatre in New York City. They intended to support the Save the Music Foundation. No one expected the result to be legendary. Producer Ken Ehrlich spoke with E! News, telling them the idea came about to build a show featuring top-performing female artists. The VH1 special featured iconic artists Aretha Franklin, Mariah Carey, Celine Dion, Shania Twain, and Gloria Estefan.

Ehrlich explained that it was difficult to get these women to set their egos aside to share the stage. Once they found out Aretha had agreed to perform, they were on board with the idea. The award-winning producer said all of them had a deep love and respect for Franklin, and they were excited to perform alongside the legendary singer.

The show was a huge success, with the beloved divas performing one classic hit after the other, some as duets and several solo acts. For the epic finale, all the women took to the stage to pay tribute to Aretha. The divas performed a rousing rendition of “(You Make Me Feel Like) A Natural Woman.” Singer-songwriter Carole King, who wrote the lyrics to the chart-topping song, appeared on stage as well.

Was Aretha Franklin the biggest diva performing that night?

With so many beloved divas sharing one stage, there were a lot of demands placed upon the production staff. Ehrlich recalls Franklin requesting that the air conditioning be kept off to protect her vocal cords. He says he “had a guy standing in the basement of the Beacon who was there to make sure the air conditioning didn’t get turned on.” Sure enough, the guy fell asleep on the job, and the air conditioning got turned on during her rehearsal. Franklin immediately heard the sound and walked out of the building.

According to the Hollywood Reporter, director Michael Simon said it was apparent during the show that Franklin didn’t rehearse. She missed her cues and walked on stage during King’s performance of “You’ve Got a Friend.” Twain later said there was minimal diva behavior to report from that memorable evening. She said, “We all represented our own place in music history that night.”

What happened when Celine Dion tried to upstage Aretha

Carey thinks the biggest diva of the night was without a doubt The Power of Love singer, Dion. In her new book, she wrote about the finale performance, saying, “One of the divas didn’t understand the culture of the court and tried to come for the Queen a little bit during the song.”

As the show ended and the credits began to roll, Franklin broke into a spiritual gospel chant, calling out the divas to join her. Dion jumped in and started an impromptu sing-off with the queen. Carey writes, “I couldn’t believe anyone would try to upstage Aretha Franklin on their tribute, while signing about Jesus, no less.” She continued, saying, “It seemed like sheer lunacy to me, and I wanted no part of it,” according to Jezebel.

Carey says that later legendary singer Patti LaBelle told her, “Mariah, if you would’ve participated in that hoedown, I would’ve had to come slap your face.”

Dion admits to being out of her mind